There has been a sharp increase in SOFR Swaps transacted since the global “SOFR First” initiative launched on July 26 according to Clarus Financial Technology, the derivatives analytics provider.

Regulators had set Monday 26 July as “SOFR First” for interbank markets. The Commodity Futures Trading Commission’s Market Risk Advisory Committee said SOFR First represents a prioritization of trading in SOFR, the Secured Overnight Financing Rate, rather than US dollar Libor so that market participants decrease reliance on this reference rate by the end of this year.

After the financial crisis there were a series of scandals regarding banks manipulating their submissions for setting benchmarks across asset classes, which led to a lack of confidence and threatened participation in the related markets. As a result, regulators have increased their supervision of benchmarks and want to move to risk-free reference rates based on transactions, so they are harder to manipulate and more representative of the market. The US Alternative Reference Rates Committee (ARRC) selected SOFR to replace US dollar Libor, although other new reference rates have also been launched. 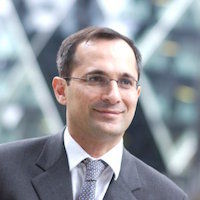 Amir Khwaja, chief executive of Clarus, said in a blog: “The trend is clear and pronounced, a sharp increase in SOFR Swaps transacted.”

SOFR risk in the swaps market rose from less than 4% to 14.3% on 26 July and subsequently to 20% on Jul 27 when Clarus compared US dollar FixedFloat swaps and USD OIS SOFR Swaps, both on and off swap execution facilities.

“The trend is unequivocal in on SEF with a sharp jump in trading,” added Clarus. “While for off SEF it is less clear cut that there has been any real shift.”

Khwaja continued that this is unsurprising given the focus of July 26 was on interdealer trading which is primarily on SEF.

“We can see that this interdealer product is moving decisively to SOFR Spreadovers,” said Clarus.

Tom Wipf, ARRC chairman and vice chairman of Institutional Securities at Morgan Stanley, said in a statement on 26 July: “In our initial outreach to inter-dealer brokers today, the ARRC is hearing that the forward looking projection for SOFR activity appears to be positive.”

@NewYorkFed President Williams highlighted the “great momentum,” toward SOFR, noting that this “will undoubtedly accelerate that progress… so take action now to build a solid SOFR foundation and ensure you are ready.” https://t.co/A5PhIRpbAX pic.twitter.com/DZjO0D80dT

John Williams, president of the Federal Reserve Bank of New York and co-chair of the Financial Stability Board’s Official Sector Steering Group, said in a statement: “We are seeing great momentum in the transition toward SOFR and the recommendation will undoubtedly accelerate that progress. Keep in mind: the end of 2021 and of new Libor is coming quickly, so take action now to build a solid SOFR foundation and ensure you are ready.”

This was the first of four phases of SOFR First with the remaining phases involving cross currency swaps, non-linear derivatives and exchange-traded derivatives.

In the futures market, CME Group reported that SOFR futures reached a record average daily volume of 118,000 in the second quarter of this year, an increase of more than 200% from the same period last year, including a single-day trading volume record of 342,000 contracts on June 18. 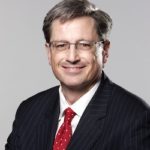 Sean Tully, global head of financial and OTC products at CME, said in a statement:  “The ARRC’s formal recommendation of CME Term SOFR Reference Rates is an important milestone for the industry and the continued development of the broader SOFR ecosystem.”

CME said participation in CME SOFR futures has developed to more than 600 participants globally since their introduction a little more than three years ago. Open interest, a measure of the total number of outstanding contracts not yet settled, is up 122% to 828,000 contracts, with a record 858,000 contracts open on July 1.

The exchange said average daily volume of 17.1 million contracts during the month was the largest July monthly ADV on record, and the highest year-over-year monthly ADV growth since March 2020.

On 28 July SIFMA, the trade body for the US securities industry, and other associations wrote to the House Financial Services Committee asking for legislation to help a smooth transition away from Libor.

Kenneth Bentsen, Jr, president and chief executive of SIFMA, said in a statement that the organisation supports H.R. 4616 because it addresses the trillions of dollars of contracts, securities, and loans that use Libor but lack adequate fallback language for the transition.

Federal legislation is essential to ensuring the #LIBORtransition is smooth and borrowers and consumers are not put at risk. More in this #SIFMAMinute

“One specific subset, commonly referred to as ‘tough legacy’ contracts, has no clear path to amendment, thereby posing a significant risk to the financial system and the underlying borrowers and consumers, investors, and banks if such legislation is not passed,” said Bentsen.

ARRC has developed language that was implemented in legislation in New York and Alabam but not by other states.

“A variety of inconsistent, or non-existent, state legislation cannot provide the benefits of a uniform Federal law, including contract certainty, fairness and equality of outcomes, avoidance of years of litigation, and market liquidity,” said SIFMA. “Such a patchwork could compromise the very intent to provide a smooth transition.”