Alasdair Haynes’ career leading two equities trading venues which were launched as a result of regulatory change encapsulates the changes in market structure in the European Union over the past decade.

Just over ten years ago, MiFID came into force on 1 November 2007 and introduced competition for equities trading against the national stock exchanges for the first time. This led to the launch of new multilateral trading facilities for pan-European trading. Next year on January 3 MiFID II will go live and also change market structure, not just in equities, but across other asset classes including fixed income and derivatives. 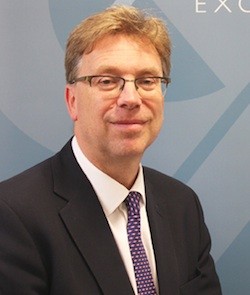 He is now the founder and chief executive of Aquis Exchange which launched in November 2013 as a pan-European cash equities trading venue with a subscription-based pricing model ahead of MiFID II. The incoming regulation includes increasing the requirements for evidencing best execution and unbundles trading commissions from research payments.

In December 2009 Haynes was named chief executive of Chi-X Europe, an MTF which had launched in March 2007 to take advantages of the new competitive landscape opened up by MiFID. Chi-X Europe was acquired by US exchange operator Bats Global Markets in 2011 and is now part of Cboe Europe Equities.

“MiFID abolished the concentration law so there was competition to the national exchanges and market structure changed overnight,” Haynes added. “The same will happen on January 3 when broker crossing networks are prohibited under MiFID II.”

He continued that competition has improved equities markets in the last 10 years, lowered fees and benefitted the end investor even though fragmentation has increased.

Christian Voigt, senior regulatory Adviser at Fidessa, said in a blog on 1 November 2017, the tenth anniversary of MiFID, that there was reason to celebrate.

“When you first arrived markets were dominated by national stock exchanges with little or no pan-European focus, trading was mostly manual, and smart order routing and best execution were foreign terms from across the pond,” Voigt added. “You’ve certainly left your mark on the past decade and markets today are significantly changed.”

Voigt wondered where the industry will be in another ten years. “Will MiFID II make its mark like a grandiose Godfather Part II or a disappointing Speed II ?” he asked.

Haynes said: “MIFID II is way bigger but fixed income and derivatives can look at happened to equities under MIFID.”

He added that the industry is moving in the right direction but he has disappointed by the the lack of willingness to change over the past decade, especially with regards to best execution and the lack of a consolidated tape across the European Union.

Under MiFID II Haynes expects more flow to lit venues and an increased focus on best execution as unbundling removes conflicts of interest.

“Since 2000, 52% of Fortune 500 companies have disappeared due to new technology,” Haynes said. “Business models change when there is a paradigm shift and in 10 years time the paradigm will have changed in financial services.”

In a decade Haynes expects there will be exchanges for multiple asset classes, that retail investors will have easier access to investment solutions and there will be real-time settlement, due to advances such as distributed ledger technology.

“Finance has not yet experienced the revolution that has taken place in telecoms and travel but it will happen,” he added.

Haynes gave the examples of Netflix and Amazon which took time to disrupt industries and Spotify, the streaming service. Spotify offers access to 30 million songs for £10 each month, while 30 years ago that library of music would have cost £30m.

Haynes said: “Other industries have moved to a subscription model and so will finance.”