The Future is Fundamental 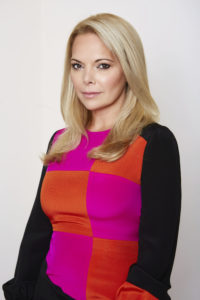 Institutions are struggling to maintain an edge over the long-term. Ana Cukic, Founder and CEO at Kyoob, explains how they can, by shifting their focus back to the fundamentals.

There is nothing faster than the speed of light. Except, perhaps, progress. And, when it comes to driving forward, institutional investors move more swiftly than most.
That has certainly been the case in recent years, with firms spending ever more money and attention on hiring the best quants and coders to develop ever-more sophisticated algorithms – with fantastic results. But, when it comes to gaining an edge, this approach can only take you so far.
To stay ahead of the competition in future, institutions will need to learn from the past – shifting their focus back to the fundamentals of sourcing superior information and applying exceptional analysis.
Edges are elusive
As it stands, of those institutions who gain an advantage over the competition, few manage to maintain it for long. According to S&P Dow Jones Indices, in 2006, 11.4 per cent of all US domestic equity funds had managed to stay in the top quartile of performers for three consecutive years. By 2018, that figure had fallen to 2.3 per cent.
The reason? It’s simple. An algorithm is only as good as its inputs. And, over the long-term, the edge comes from getting the fundamentals right. So often, this comes down to the analysts identifying the alpha.
The problem firms face is that their analysts all look alike. The archetypal analyst is middle- or upper-class, having received a top-notch education at one of the same six universities and attained a masters or doctoral level qualification in a field such as economics or engineering.
Worse still, they are all trained in the same way. They’re using the same cleaning sheet, the same risk tool and the same scoring methods.
This is a real problem for institutions. What is the point in employing a team of analysts if the insight they provide is no different to that available to the competition? There’s little edge to be had. And the only way a bank can capitalise is by being the fastest – but nobody stays ahead for long.
Great minds think unalike
Banks need to diversify. By seeking access to different analysts, in different parts of the globe, with different backgrounds, perspectives and techniques, institutions can gain access to a whole world of talent. Talent that has the ability to think about an issue in a different way. And is therefore much more likely to stumble upon those rare and precious insights that nobody else has.
Of course, very few firms can now afford to employ a diverse team, comprised of hundreds of full-time analysts distributed all over the world. And many analysts will have no intention of putting on a suit and working for ten hours straight. A number would much rather work part-time at home in a hoodie than make the daily trek into the office.
But by “expert-sourcing”, that is reaching out to a crowd of specialist freelancers, institutions can cost- effectively gain access to far more alpha than they ever could within their own teams of full-timers.
Even better, the return on this outlay can be substantial. The marginal value-add of any analyst diminishes over time, so a bank stands to gain even more from employing 200 unique analysts for two hours a day than by hiring 50 traditional analysts for a nine-to-five.
Unlocking intelligence
Of course, once you have access to this insight, it’s important to make the most of it. This is where AI will really make its mark in the coming years.
It is impossible for a single fund manager to analyse hundreds of thousands of inputs in real-time and choose the best opportunities. But a good AI tool can almost instantly see inefficiencies that the human brain either can’t see, or that it would take a very long time to identify. And it can give the fund manager a real-time understanding of the momentum behind a particular asset or asset class – instant insight around which to build a strategy.
And with access to visual interfaces for programming, there is no reason said strategy can’t be put together almost like a jigsaw puzzle. No coding necessary.
Staying a step ahead
This is how institutions will unlock the next wave of progress. And keep ahead of the competition. Because you don’t need to be a mechanic to be a good driver. And you don’t need to know how to program an algorithm to be a good fund manager. You just need access to alpha and the ability to build a workable strategy around it before anybody else does.
And with savings of $140 trillion up for grabs over the next decade, it is apparent that the next wave of innovation should focus not on algorithms that execute more quickly, but on identifying superior insights and turning them into executable strategies as swiftly as possible.
So it’s clear: those investment firms that recognise this soonest are the ones that will take a lightyear’s leap – ahead of the competition and into the future.
Share
Tweet
Share