Thomson Reuters and Trax, the reporting and post-trade MarketAxess subsidiary, have partnered to provide data to market participants to allow them to easily determine if they are approaching the trading threshold to become systematic internalisers, which brings added regulatory responsibilities.

MiFID II, the regulations which went live in the European Union this year, prohibited broker crossing networks. Firms are now required to set up systematic internalisers in order to provide risk capital that facilitates trades, which brings extra obligations such as trade reporting.

A firm therefore has to compare the trading on its own account for a specific instrument/sub-class against the total volume and number of transactions in the European Union to work out if it has been acting as an SI.

John Mason, head of regulatory and market structure propositions at Thomson Reuters, told Markets Media that it aggregates data from across regulated trading venues and MiFID II Approved Publication Arrangements. Trax  is one of the APAs authorised by the UK Financial Conduct Authority for transparency and trade reporting services under MiFID II.

Mason said: “Thomson Reuters provides the total market value needed to determine SI status. Trax reports their client data which is the numerator and we have the denominator.”

Nick Moss, head of product management at Trax, told Markets Media that the new offering means that each firm does not have to build its own SI calculator. “We are providing economies of scale,” he added.

Esma published its first SI threshold calculations at the beginning of this month and will update them on a quarterly basis.

Moss continued: “Firms can now see if they are approaching the SI threshold before the end of quarter and change their trading if necessary.”

SIs have specific regulatory obligations including trade reporting on behalf of their clients, which may appeal to some customers.

Esma’s first SI calculations included the thresholds for 9,173 equity and equity-like instruments and for 73,828 bonds.However the publication of data for derivatives and other instruments was delayed until 1 February next year.

The regulator said in a statement: “The results are published only for instruments for which trading venues submitted data for at least 95% of all trading days over the 6-month observation period. The data publications also incorporate OTC trading to the extent it has been reported to Esma.” 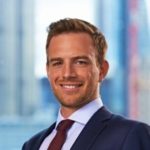 Moss added that the new offering includes OTC derivatives, which have to be identified using ISIN codes under MiFID II. Therefore, the SI calculations for derivatives can be monitored ahead of the regulator publishing the thresholds next February.

There has been criticism that although MiFID II has increased reporting requirements, there has not been an increase in transparency as data is fragmented and not readily accessible.

Mason said: “As MiFID II evolves the data will become more and more useful. We are moving towards more transparency which is a good thing.”

In May Esma took action and released an updated Q&A on transparency and more guidance on how public data should be published.

Chris Barnes at analytics provider Clarus Financial Technology said in a blog at the time: “Proponents of transparency, such as ourselves, have been looking for clarification as to how APAs should publish public data. The good news is that today’s update should be positive for transparency in our markets.”

For example, the regulator said it expects trading venues to follow similar publication standards and publish data that is machine-readable. Esma also clarified that the publication of post-trade data through third parties that do not charge specific fees for the relevant post-trade data but raise regular, for instance monthly or yearly, fees for subscribing to their services, does not meet the requirement to make information available free of charge.

“In our opinion the industry should sit up and listen to the guidance rather than waiting for disciplinary action from their local authorities. The intent of the law is now crystal clear,” added Barnes. “Let’s take it one step further than the prescribed regulatory guidance. Let’s introduce a simple data template that saves everyone time, money, and headaches.”