Blockchain can round the sharp operational corners in an enterprise environment, but the technology is far from a panacea, according to a Tibco Software executive.

“Especially when it comes to the enterprise, some terms and myths get tossed around,” said Nelson Petrachek, CTO of Tibco Software, during a recent webinar.

The idea that an enterprise blockchain does not require third-party involvement, is totally secure, and completely immutable are qualified at best.

A decentralized network that lacks a third-party governance structure does not just magically appear, according to Petrachek. 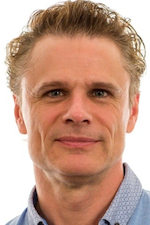 “It’s somewhat true, but not fully true,” he said. “What you typically find, especially in an enterprise context that you still need some way to provide governance and stewardship over the network.”

An enterprise blockchain requires processes to determine who can join, who can leave, as well as settle issues if a bug in a smart contract causes things to go wrong.

Petrachek also noted that if encrypted data resides on a blockchain, it does necessarily mean that it is secure and depends on which blockchain framework a firm uses.

“In some cases, the information on the ledger is freely readable,” he said. “It is open, transparent, and everyone can see it. In some cases, you want that, and in other cases, you do not.”

He advised that enterprises need to consider which information they plan to store on the blockchain as well as who is allowed to read it if it is encrypted.

Firms may want to think twice before populating a blockchain with personally identifiable information due to privacy regulations like the General Data Protection Regulation’s right to be forgotten.

“If I put personal information on the network, how do I forget somebody,” asked Petrachek.

The answer is that the immutability of a blockchain is a tad overblown.

“It is true that with a blockchain, the data structures and the way that blocks point to previous blocks as well as its use of cryptographic hashing, blockchains are far more tamper resistant but ‘immutability’ is a very strong word.”

Petrachek pointed to blockchain forking as a workaround for immutability, where participants can return to a previous moment and re-start adding new content to the distributed ledger.

“In essence, you have changed it,” he said. “You have gone back and taken a different direction.”

All of these factors, according to Petrachek, depend on which blockchain framework and consensus model an enterprise choose to use, but these are the typical issues that come up when he speaks with clients.