Speed may not offer quantitative traders the edge it used to, but being fast remains a critical component of a systematic strategy.

For a trader, it’s the network that determines whether you’re faster than, or at least as fast as, the next person. For short-term, active traders, being the fastest draw between order and execution — or in industry parlance, having the lowest latency — can make the difference between profitable and unprofitable trading.

“Low latency is certainly becoming more of a commodity, but it will always be part of the race to liquidity,” said Tony Pettipiece, director of sales at SR Labs, a New York-based provider of electronic trading systems. “It’s safe to say that nobody ever got fired for reducing latency.”

Latency can present itself via a trading network in multiple ways, including re-transmission delay, queuing latency, nominal switch latency, and propagation delay. For trading-network providers, each area is a challenge, but also an opportunity to get as close to zero as possible, while first preserving maximum reliability and stability.

Faster has always been better in trading, ceteris paribus. When stocks were bought and sold on the exchange floor decades ago, or even more than two centuries ago under the Buttonwood tree of yore, physically handing off an order as quickly as possible could result in a better execution price. 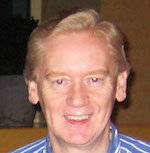 But trading speed really came to the fore as the foundation of a strategy with the emergence of electronic trading. The ‘need for speed’ arguably peaked around 2008-2009, at least in the U.S. equity market, when trading costs had declined to the extent that it was feasible for traders to pursue much smaller return opportunities, but at a higher frequency. Additionally, market turmoil around that time placed a premium on liquidity, which systematic traders were happy to provide.

As with most any profitable business in a capitalist economy, the salad days of high-speed trading didn’t last; the space was awash with competition by the early 2010s, and margins declined. But while one can no longer hang a shingle and automatically make money as a high-speed stock trader, speed remains a valuable differentiator for certain quantitative strategies and certain asset classes. Even when speed is not a differentiator, it must be on equal terms with competitors.

“We’re seeing from a lot of our clients that speed is a prerequisite, but they’re relying on the robustness of their strategies and putting more time into that,” said Anthony Huck, president and chief operating officer at Lime Brokerage. “They’re using trading tools to build strategies that really work for them — it’s more about the strategy and less about the speed. That said, we do have quite a few clients who heavily rely on speed for their strategies.”

As evidence that traders and technologists are still pushing the envelope, microseconds, or millionths of a second, may be on their way out as a measuring stick. “We are now measuring events in nanoseconds, and that trend can only continue,” said Pettipiece.

To be sure, that cutting-edge, billionths-of-a-second realm isn’t necessary for everybody. “Latency requirements can vary depending on the client’s trading strategy, and the market and client location,” Pettipiece said. “For example, firms doing arb between the futures and cash exchanges are ultra-latency sensitive.  We work with those firms and our microwave and other partners to ensure that they can stay ahead of the competition. A long/short stat-arb fund might be less latency-sensitive.” 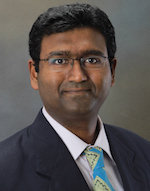 Quant traders typically have hardware co-located on-site at an exchange, or at least near a market center, to reduce latency. The most speed-sensitive traders — a fairly limited universe — may be working with microwave or laser-beam transmissions, to shave precious nanoseconds off trade times.

“Speed is still important, but there are more people who have speed now,” said Suresh Thesayi chief technology officer at Lime. “You have to have speed to compete, but people are focusing on a bunch of other things as well.”

Lime advises clients on operational issues such as co-location versus proximity hosting, and the brokerage firm invests considerable resources to ensure its high-performance trading network is fast and reliable. “Building for speed is indeed a challenge, but building for speed with a highly distributed and scalable execution platform is far more exciting and challenging,” Thesayi added.