Citadel Securities has appointed Matt Culek to chief operating officer after over six years at the market maker. Based in Chicago, Culek will serve as COO as of December 2018. He assumes a title left vacant after former COO Scott Johnston became chief administrative officer at Citadel (hedge fund) business, in June last year. Culek joined Citadel Securities in 2012 and served as COO of Citadel Execution Services for four years before taking on the same role for the equities and options business for five months until May 2017.

Daniel Sanders, one of BofA’s most senior equities professionals in London, has moved. Sanders, who was co-head of equities trading for EMEA, moved to New York in October 2018. His move was not reported at the time. In his new role, Sanders is understood to be heading execution services trading for the Americas region. BAML insiders say Sanders was one of the longest serving equities professionals at the bank in London. He joined Merrill Lynch in 2001 – just six years after the bank bought Smith New Court, the UK’s largest independent stock broker, and had been in a senior equities trading role since at least 2012.

The Securities and Exchange Commission announced that Jeffrey Mooney has been named Associate Director of the Office of Clearance and Settlement in the agency’s Division of Trading and Markets. Mooney joined the SEC staff in 1996 and has served in a variety of roles, most recently as Assistant Director for the Office of Clearance and Settlement. He also served as a Senior Special Counsel in the division from 2000 to 2009.

Also at the regulator, Daniel Kahl has been named Deputy Director of the agency’s Office of Compliance Inspections and Examinations (OCIE). Kahl has been with the SEC for over 17 years, serving as OCIE’s Chief Counsel since February 2016. He will continue to serve as Chief Counsel while also assuming this additional leadership role in OCIE. As a Deputy Director, he will be based in Washington, D.C. Kahl joined the SEC in April 2001, most recently serving as OCIE’s Chief Counsel, where he advised leadership on legal, strategic, and policy matters regarding the agency’s National Exam Program. Before joining OCIE, Mr. Kahl led the Division of Investment Management’s Office of Investment Adviser Regulation.  Earlier, Mr. Kahl was an attorney at the Investment Adviser Association, FINRA, and the North American Securities Administrators Association (NASAA).

Axioma appointed Molly McGregor as Managing Director, Marketing and Communications. McGregor was previously Chief Marketing Officer of Hanweck—a provider of real-time risk analytics for the global derivatives markets—since 2016. Prior to her stint at Hanweck, McGregor was with the International Securities Exchange for 10 years, most recently as Senior Vice President of Communications, Marketing and Government Relations. She earlier served as a Policy Advisor on global regulatory issues for the Institute of International Finance, a Washington, D.C.-based trade association for global financial services firms.

m+ funds, a leading defined outcome investment manager, announced that it has strengthened its business with the appointments of Nicholas Parcharidis, Sean Parker and Stephen Clancy. These executives bring extensive leadership experience in the ETF, structured investment and fund management marketplace.

Parcharidis joins m+ funds as Managing Director, Business Development, and is responsible for driving the firm’s global client distribution strategy. He previously held senior positions at Citigroup, where he most recently served as Co-Head of Americas Private Client Solutions Business and Head of Americas Private Bank Capital Markets. He brings over 30 years of industry experience, having also held senior positions at the CBOE, American Stock Exchange and Shearson Lehman Brothers.

Parker joins m+ funds as Director, Business Development, and is responsible for expanding the firm’s presence in Chicago and the midwestern U.S. He has 15 years of experience and most recently served as a Director at PT Asset Management, where he led fund distribution in the eastern U.S.

Clancy joins m+ funds as a Portfolio Manager and is responsible for trading and executing the firm’s suite of defined outcome funds. He has over 18 years of experience in multi-asset trading, asset management, algorithmic indices and derivatives risk management. Prior to joining m+ funds, he was a Director at Citigroup Global Markets, overseeing Hybrids and Asset Management Derivatives trading, as well as managing risk positions across Citi algorithmic indices.

Larry Thompson, who served in a variety of senior-level roles at The Depository Trust & Clearing Corporation (DTCC), including General Counsel and, most recently, Vice Chairman of the firm, will retire at the end of this year after more than three decades at the company. 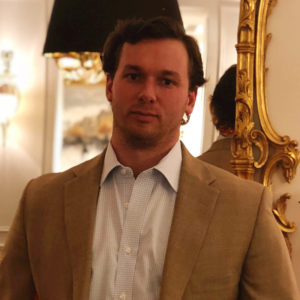 Cowen announced that John Mori has rejoined the Cross-Asset team as Managing Director, Head of Special Assets. Mori is focused on expanding the Company’s presence in the illiquid and esoteric assets space. In addition to previously working at Cowen, Mori also worked at Debtstream Corp. in the Distressed Private Debt team, and held roles at Barclays Investment Bank and American Franchise Capital, LLC. He reports to Jay McDermott and Burt Welly, Co-Heads of Cross-Asset, and Philip Cushman, Head Global Equity and Cross-Asset Sales.

Christoper Cornette joined Benjamin & Jerold Brokerage, LLC as a Director. Prior to this, Cornette spent the last 11 years as a floor broker at the NYSE for TD Prime Services.

Industry consultancy GMAG hired Ken Craig as a consultant. Craig was most recently a Managing Director and CIO for America’s Risk, Treasury, Finance, and CCAR at Deutsche Bank where he was employed for over ten years.