Citi has appointed the head of trading for the Americas at JP Morgan Asset Management as its head of execution services in Asia Pacific, according to a company statement. Citi said that Curt Engler will relocate to Hong Kong to oversee the institution’s regional cash equities execution business, spanning 12 markets across the Asia Pacific region, including the high touch, program and electronic trading desks. Engler has more than 20 years’ experience working in financial markets, most recently as head of equity trading for Americas in New York at JP Morgan Asset Management, after first joining the buy-side house in 2010. 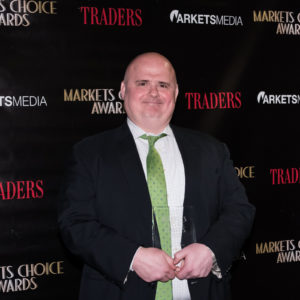 NeoXam, a provider of data management and transaction software solutions, hired Philipp Sfeir to head up its DACH business. He will be charged with helping to support ongoing projects, servicing customers, as well as securing new clients and developing the business. Previously, Sfeir was Head of Data Management for Zürcher Kantonalbank, one of the top four banks in Switzerland, and has been presiding over the Swiss Information Providers User Group (SIPUG) for the last three years.

One of the co-heads of Morgan Stanley’s European electronic trading arm has left, following a number of cuts within its London equities business earlier this year. Rupert Fennelly has left the bank, according to people familiar with the matter. He had been co-head of Morgan Stanley Electronic Trading (MSET) alongside Kevin Twitchen since 2014. MSET spans cash equities, options and futures, and offers services including algorithmic trading. Fennelly, a former director at Credit Suisse, was previously head of US sales for Morgan Stanley’s electronic trading business. He was not immediately available for comment. 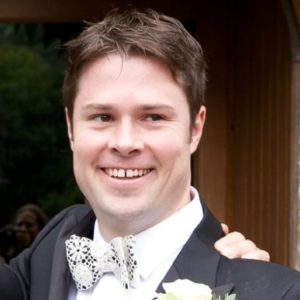 Paul Millward has joined FastMatch founder Dmitri Galinov’s new venue, 24 Exchange, a Bermuda-based FX derivatives exchange. Millward was the head of FX product strategy at Cboe Global Markets for almost two years. Prior to that he was head of FX product strategy at Bats Global Markets for more than a year. Millward’s began his FX career at Fenics in 2003.

KeyBanc Capital Markets Inc. promoted Tahira Afzal to Deputy Director of Equity Research. Afzal’s promotion follows the announcement by Steve Lidberg, KBCM’s Co-Director of Research, of his departure to pursue other interests. Afzal, a 12-year veteran with KBCM, is based in the firm’s midtown New York office. She joined KBCM in 2007 as a coverage analyst, focused on construction, engineering and infrastructure companies. Prior to this appointment, Afzal served as the Associate Director of Research in addition to her role as a coverage analyst. She helped oversee recruiting, development and management of more than 45 associates based in Cleveland, New York and Bangalore. She will report directly to KBCM’s Director of Research, Nancy Benacci.

The European Securities and Markets Authority (ESMA), the EU’s securities markets’ regulator, has reappointed three current members of its Management Board for a further 2½ year term that will begin on 1 October 2019. The members current terms will expire on 30 September 2019.

The appointments took place at the Board of Supervisors meeting in Paris on 11 July and are:

The Management Board, chaired by Steven Maijoor, Chair of ESMA, is responsible for ensuring that the Authority carries out its mission and performs the tasks assigned to it under its founding Regulation. The Management Board now consists of:

The Board of Supervisors also decided to extend the mandate of several standing committee chairs, which were coming to an end in in September 2019, until January 2020. This was done in the context ESMA’s forthcoming work on the implementation of the changes associated with EMIR 2.2 and the ESAs Review which will involve reviewing the Standing Committee

The standing committees and chairs concerned are: