Sun Life Investment Management has hired one new member to its distribution team, as well as promoted two. First, the firm landed Sean Sirois as Head of Business Development, Quebec and Eastern Canada. In this role, Sirois is responsible for marketing investment solutions to consultants, defined benefit pension plan sponsors, and other institutional investors. Sirois joins Sun Life Investment Management with over 33 years of experience in capital markets, banking and investments. Most recently, he was Vice-President of Business Development at IPSOL Capital. Prior to IPSOL, Mr. Sirois was Managing Director and Canadian Head of Business Development for Global Markets at Deutsche Bank Securities Ltd.

The firm promoted Andrew Post as Director, Institutional Sales, Central Canada. He joined Sun Life Investment Management in 2015 as an Institutional Sales Associate, where he supported activities through the entire sales cycle from target market analysis to building relationships and strengthening our client network. Prior to this, Mr. Post held various roles with Sun Life Global Investments.

Lastly, Sun advanced Stian Andersen as Head of Business Development, Western Canada. Prior to assuming this position, he was Director, Institutional Business Development and Client Relationships for Sun Life Global Investments. He has over ten years experience in the institutional investments industry, also holding positions at Manulife Asset Management and Standard Life Investments in Western Canada. 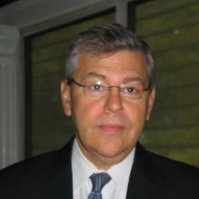 Goldman Sachs named a new head of strategy –  Stephanie Cohen – a merger banker who has spent the past few years doing deals for private-equity firms and other big investors. According to media reports, she replaces Stephen Scherr, who has held the role since 2014. Scherr will focus full-time on running Goldman’s nascent consumer and commercial banking division, where he now oversees a few hundred employees.

Cowen announced Kevin Raidy, who has served as Cowen’s Head of Investment Banking, has been named Managing Partner of Cowen Healthcare Investments. Cowen Healthcare Investments makes mid-to-late stage investments into innovative private biopharmaceutical and healthcare companies. Raidy served as Cowen’s Head of Investment Banking and as Co-Head of the equity capital markets group, which is responsible for the origination and execution of all equity capital-raising transactions. Before that, he was a Managing Director at Ramius LLC, where he was portfolio manager for direct investments and convertible bonds, managing a portfolio in excess of $1 billion.

TP ICAP appointed Eric Sinclair as CEO, Information Services following the departure of Frank Desmond. Sinclair has a wealth of experience across the financial services industry, and spent 14 years at the Toronto Stock Exchange (TMX) where he was most recently President of its Market Insights division.  Prior to working at TMX, Eric was Executive Vice President at Spectra Securities Software and Vice President, Reuters.

Torstone Technology, a provider of post-trade securities and derivatives processing, landed Payal Raina to the newly created position of Global Head of Marketing. Payal will be responsible for overseeing the firm’s global marketing and branding initiatives as well as internal and external communications for the company. With over a decade of experience in B2B marketing for financial and technology companies in Europe and North America, Payal has a wealth of experience implementing successful marketing strategies, building brands and subsequently increasing revenues of global businesses.