Meaghan Dugan joined the New York Stock Exchange as Head of Product and Competitive Strategy for NYSE Options. Dugan was most recently Head of Derivatives Product Management for the U.S. options and global futures businesses for Bank of America Merrill Lynch. She was also previously a Vice President at Morgan Stanley in roles across Automated Options Market Making, as a Lead Market Maker/Specialist, and within the Electronic Trading team developing new product and Institutional order flow. Prior to that, she was a Market Maker on ARCA for Spear Leeds and Kellogg. In this new role, Dugan will lead a customer-centric product strategy, overseeing the implementation of new features and functions for NYSE Options. 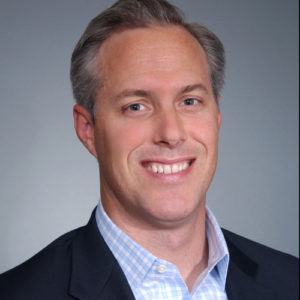 There’s a new management team for Deutsche Börse’s Buy-in Agent Service. Marcel Naas and Marcus Addison have taken on new responsibilities within Deutsche Börse Group. As Managing Directors, both will be driving the setting up of the Deutsche Börse Buy-in Agent Service. Matthias Graulich will take over the management of Eurex Repo GmbH from Marcel Naas. Also, Eurex Repo GmbH will be managed by Matthias Graulich and Frank Gast. Gast has been Managing Director of the company since 2013. Graulich will continue his mandate as Executive Board Member of Eurex Clearing, which he has held since August 2014, as well as his responsibility for the Fixed Income, Funding & Financing Strategy and Product Development area at Deutsche Börse Group.

BNP Paribas appointed Ted Olson as Managing Director, Technology Coverage at its Corporate and Institutional Bank in the Americas. Prior to joining BNP Paribas, he served as a Senior Banker on Mitsubishi UFJ Financial Group’s (MUFG) U.S. Wholesale Banking team, focusing on covering mid- to large-cap technology companies. Prior to MUFG, his broad-based experience has included senior leadership roles at HSBC and Citigroup, where he covered large-cap technology firms.

Morgan Stanley hired Seema Hingorani, a former chief investment officer of New York City’s pension plans, as a managing director at its more than $500 billion asset-management unit. Hingorani will help oversee relationships with the firm’s largest clients and create a new training program to develop talent, according to a memo to staff. She founded the non-profit Girls Who Invest, and was most recently the investment officer of SevenStep Capital, a venture that took stakes in women- and minority-led asset-management firms that has since been wound down.

Deutsche Bank created a new Management Board function that brings together responsibility for Transformation and Human Resources. To that end, the bank made the following hires:

The new Head of Human Resources will be Michael Ilgner, currently the CEO of Deutsche Sporthilfe (German Sport Aid Foundation). Effective March 1, Ilgner will be appointed Senior Group Director and is designated to join the Management Board when the regulatory requirements are met. He succeeds Pippa Lambert, who recently announced her intention to leave for personal reasons. Lambert will leave the bank at the end of April 2020 after a combined 16 years of service.

BTIG has promoted Nathaniel Rogoff to its new Head of SPAC Sales and Distribution. In this role, Rogoff will lead BTIG’s SPAC sales effort across the U.S., supporting the interests of fundamental and SPAC-focused institutional investors, while continuing to lead the firm’s Event-Driven Trading Analytics team. Rogoff joined BTIG’s Event-Driven Trading unit in 2010 from Allen & Company, where he was the lead Event/Arbitrage Analyst for North America and Australia. Previously, he held similar roles at Jet Capital and Merrill Lynch. Mr. Rogoff received a BS from Brandeis University.

Kepler Cheuvreux has expanded its execution trading team with a senior hire. Equities sales trader and executive director at JP Morgan, Cameron Beale, has been appointed head of UK clients in execution, based in London. He joins after 25 years with JP Morgan, and will oversee a team of six sales traders covering UK clients in high-touch.