Joelle Tarrant, previously head of European market structure at RBC Capital Markets in London, has joined HSBC in the newly-created role of global head of market structure. This comes amid continued changes the bank is making its equities business under industry market veteran Robert Crane, who was hired in September to help transform equities trading at the UK bank. Nick Heather, HSBC’s head of execution for European equities since July 2016, has left and his responsibilities have been taken over by Crane, according to people familiar with the matter — an expanded role that will give him ultimate oversight of the way the bank buys and sells shares on behalf of its institutional clients.

Relatedly, Nick Tranter, the former head of global head of equities client management at HSBC, who joined investment firm Gordian Knot in February 2017, has just arrived at Credit Agricole. Tranter will be a managing director on the financial institutions group (FIG) coverage team, working with asset managers and hedge funds. Tranter is an equities coverage veteran. He began his career at Morgan Stanley in 1996 and worked for BNP Paribas and Execution Noble before moving to HSBC. He left HSBC in September 2016 and joined Gordian Knot in February 2017.

Credit Agricole has also added to its equities team in London onboarding recently Tom Appleton from BNP Paribas as head of algorithmic execution.

Societe Generale’s head of program and electronic trading in the US has departed to join Liquidnet as the firm expands its global equities trading desk. Sunny Duggal has been appointed head of the trading desk and has more than 15 years experience in equities and ETFs, trading at major institutions including Goldman Sachs and RBS. Geoff Benarick, a sales trader from Citigroup with more than 20 years experience, has also joined the global trading desk at Liquidnet in New York. In Hong Kong, Liquidnet also appointed Enrica Leung, who has nine years trading experience at BNP Paribas, Macquarie and Barclays, as an execution trader.

Daniel McNeill, who has spent the past two years as head of Americas equity derivatives at Credit Suisse, joined Deutsche Bank earlier this month as a managing director within its US equity derivatives team. McNeill, who was the head of US volatility trading at JPMorgan before joining the Swiss bank, is yet another senior hire within Deutsche’s equities team. The German bank is investing in its equities business after nine consecutive quarters of declining revenues. 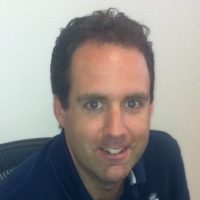 UBS has parted ways with one of its most experienced derivatives traders, marking the latest departure at the Swiss bank after it cut about 30 senior brokers last month, according to media reports. UBS recently lost Richard Bevan, its London-based global head of electronic trading for exchange-traded derivatives, according to sources close to the firm. Bevan was one of the Swiss bank’s most experienced derivatives traders, having filled various trading roles in over 20 years at UBS. 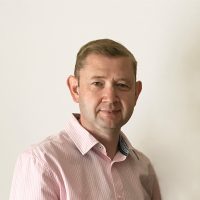 The former head of equity execution at Citadel has been appointed head of statistical modelling and development for equities at Barclays. Daniel Nehren, a 16 year veteran, will oversee the development of algorithmic trading product and model-based business logic for the investment bank’s equities division globally. Prior to his time at Citadel, where he was responsible for equity execution for asset management, Nehren spent more than five years at JP Morgan as global head of linear quantitative research. He started his career at Goldman Sachs leading a team of senior architects in designing a distributed trading platform for the equities and fixed income businesses.

Cowen announced that Michael Page recently joined the firm and was named Chief Operating Officer of its international business units; Cowen Execution Services Limited and Cowen International Limited. In his new position, Page will work directly with Cowen’s management team and help facilitate the growth of the firm’s international businesses. He has almost 30 years of financial services experience and was a Managing Director in the Equities Division at Jefferies International Ltd. where he was COO of their International Securities Finance business. His previous experience includes working at Paloma Partners where he was the Director of Paloma’s London entity responsible for overseeing operations and business management; acting as the Head of Operations for DLJ International’s London-based securities finance business; as well as holding various securities finance operational roles while working at London Global Securities. Page began his career working at Salomon Brothers International Ltd., working in both its foreign exchange and securities finance departments. He reports to John Holmes, Cowen’s Chief Operating Officer.