– Bobby Bhakar joined as Chief Technology Officer (CTO) from money market brokerage, BGC Partners, where he held senior roles in product strategy and IT delivery for over a decade. Bhaker, who previously built trading solutions that generated over $100 million in revenue, will be responsible for developing Instimatch’s digital network. Based in London, he reports to CEO, Daniel Sandmeier.

– Marco Rüfenacht onboarded as Managing Director from Vicenda Asset Management, which holds an equity stake in Instimatch Global. Rüfenacht will focus on key client management, while helping to develop new offerings and expand Instimatch’s institutional client base. He is based in Zurich and reports to CEO, Daniel Sandmeier.

– Julia Scheidwimmer landed as Head of Sales Germany from MGW München, a brokerage firm. Based in Munich and reporting to CEO Daniel Sandmeier, she will drive new user growth among German financial institutions including asset managers, banks and corporate clients.

– Alice Fitton joins as UK Sales Manager from venture capital firm, Octopus Investments where she worked as a Senior Business Development Manager. She will focus on driving growth onto the platform, working with UK-based pension funds, banks, family offices and other financial institutions. She is based in London and reports to UK Head of Sales, Britni Doo.

Deborah Waterhouse, 51, has been the CEO of ViiV Healthcare since 2017. ViiV Healthcare is a leading global company, majority owned by GlaxoSmithKline and focused on advancing science into HIV treatment, prevention and care. In 2018 ViiV Healthcare generated sales of £4.7 billion. Ms Waterhouse has more than two decades of experience in the pharmaceuticals sector.

Leonie Schroder, 44, is a descendant of John Henry Schroder, co-founder of Schroders in 1804. She has held a number of roles in the charity sector and is currently a director of the Schroder Charity Trust and a number of private limited companies. 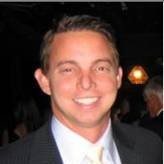 Relatedly, DXC Technology added Jack Beldon as the New York-based head of its banking and capital markets regulatory practice. A former head of global fixed income currencies and commodities (FICC) strategy at Barclays, Beldon spent the past few years working as a capital markets consultant at KPMG and Capco. Also, the firm added Rajesh Sadhwani as a senior executive in its London capital markets and consulting team. Sadhwani previously spent 13 years on the capital markets team at Accenture.

Credit Suisse promoted Julian Corner, according to the Financial News, who will become head of the firm’s legendary Advanced Execution Services team in EMEA. Corner, an 18-year veteran of the Swiss bank, will lead the charge to increase fund manager business.

The London Stock Exchange Group plc (LSEG) announced that Cressida Hogg CBE will join the Board as an Independent Non-Executive Director. Cressida currently chairs the Board of Landsec having first joined the Board as a Non-Executive Director in 2014. She spent nearly 20 years at 3i Group plc and was one of the co-founders of 3i’s infrastructure business in 2005, becoming Managing Partner in 2009. She was also Global Head of Infrastructure at Canada Pension Plan Investment Board between 2014 and 2018.

m+ funds, a leading defined outcome investment manager, appointed Brad Berggren as its Chief Operating Officer.  Berggren brings over three decades of leadership experience and previously was the Founder, CEO and CIO of Parametric Risk Advisors, an institutional and high-net worth equity option registered investment advisor, where he guided the firm’s asset growth. Prior to Parametric, he served as the COO of Bank of America’s Equity Financial Products Division and as a Managing Director at Bear Stearns. Additionally, he was a founder and a Managing Partner of Finance IQ, a technology enabled financial learning and consulting firm.

GTS, an electronic market maker, onboarded SEC alum Michael Piwowar, former commissioner and acting chairman, as a senior advisor. Piwowar, the executive director of the Milken Institute Center for Financial Markets, will provide GTS with legislative and regulatory advice. In addition to his five years at the SEC, which included a stint as acting chairman, Piwowar served as a senior staff member on the President’s Council of Economic Advisers and in the U.S. Senate, where he played a key role in the 2010 Dodd-Frank-Act.

Dash Financial Technologies added Venu Palaparthi as its new Chief Compliance Officer and Head of Regulatory Affairs. In this role, Palaparthi will be responsible for Dash’s compliance strategy, including the direction of internal regulatory policies and compliance with government regulations. He brings 25 years of securities industry experience and joins from Tagomi Holdings, a digital asset-focused electronic brokerage, where he served as CCO and Head of Regulatory and Government Affairs. Prior to that, he was Senior Vice President and Global Head of Regulatory Affairs as well as CEO of U.S.-based trading entities for Virtu Financial, and before that served as Vice President of Nasdaq’s Global Trading and Market Services as well as CEO and CCO of Nasdaq’s U.S. broker-dealer entities. Prior to Nasdaq, Palaparthi spent 11 years at Instinet, LLC, most recently serving as CCO. He began his career at Reuters Americas, working on the Strategic Marketing and Operational Review teams.