Invesco has strengthened its London-based ETF Business Development team with the appointment of Hamid Asseffar. Hamid joins Invesco from Amundi where he was a Sales & Marketing Associate within the ETF, Indexing & Smart Beta team. Prior to this role, he worked in the trading strategy team at Credit Suisse in London. Hamid reports to Ravinder Azad at Invesco and will focus on growing Invesco’s ETF business with UK asset managers and family offices.

Olivetreet hired David Connor for its US Event Driven Team. Most recently Connor was an Event Driven Strategist at Seaport Global in London and prior to that was at JP Morgan in New York serving in a similar capacity.  Prior to working at JPM, David managed money as a proprietary trader at BNP Paribas, and before that was a portfolio manager at Dexia Asset Management in Paris from 2003-2007. Ralph Falls onboarded the US Long Short Team and served most recently at Barclays, where he was a senior member of their Equity Sales Trading Team.

Also, Shane Edmondson joined the US Long Short Team and will be based in the New York office where he will be responsible for sales trading coverage of N.Y. based hedge funds and long only clients. He comes from Deutsche Asset and Wealth Management where he was a senior member of their Equity Trading Team.

BTIG, LLC has landed Steven Stich for its Prime Brokerage division. Stich will lead BTIG’s Prime Brokerage sales efforts across Texas and the Midwestern region of the U.S. Prior to BTIG, he was the Founder and Chief Executive Officer of a financial technology firm in Dallas. Previously, he held several roles within the Private Client division of U.S. Trust. Earlier in his career, Stich was a Director within Prime Brokerage at Bank of America Merrill Lynch, where he helped to build the relationship management coverage team. He will be based in the firm’s Dallas, Texas office and report into Matthew Partain, Managing Director and Head of Prime Brokerage Sales. 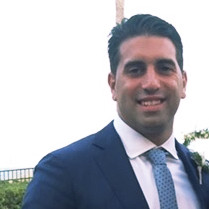 Separately, to advance the firm’s securitized products capabilities, Antonio Blasetti recently joined as a vice president in the asset-backed security (ABS) trading area. Blasetti brings nearly ten years of ABS and mortgage-backed securities (MBS) experience, most recently at Brean Capital, LLC where he was responsible for ABS trading and MBS sales. He is based in New York.

Morgan Stanley alum Brian Gallagher has joined Exane as its head of US electronic trading, a spokesman for the brokerage confirmed. Gallagher, who will be based in New York, will be responsible for getting more US investors to trade European shares through Exane.

Evelyn Zohlen, a 20-year financial industry veteran, has been officially named President of the Financial Planning Association. Zohlen served as an adjunct professor in the Personal Financial Planning Program at the University of California at Irvine (UCI) and serves on the Advisory Board for the Center for Investment and Wealth Management at UCI.

The Layton Road Group welcomed industry veteran Anthony Lombardi as a Managing Director of the firm’s newly established Chicago office. Lombardi will help the firm meet the needs of the Midwest alternative investment managers and institutional investors. He joins the Layton Road Group after more than five years at Aon where he was an Associate Partner and led the emerging manager managed account platform there.

London Stock Exchange Group named Kathleen DeRose to its Board as an Independent Non-Executive Director. She is currently a Clinical Associate Professor of Finance at New York University’s Stern School of Business leading the FinTech curriculum and a board member at Evolute AG, a Swiss wealth technology company.

Dame Colette Bowe and Dame Jayne-Anne Gadhia have been appointed as external members of the Bank of England’s Financial Policy Committee. Bowe is the current Chairman of the Banking Standards Board. Gadhia was the CEO of Virgin Money from 2007 until 2018, regularly attended the Prime Minister’s Business Advisory Council, and served as a member of the Mayor of London’s Business Advisory Board.

The Investment Company Institute (ICI) has named Kathleen Mellody as senior government affairs officer. Before joining ICI, Mellody served as head of federal affairs at The Hartford, where she led the legislative and regulatory work for the firm in Washington, including for the mutual fund businesses.