Bulge bracket broker JPMorgan has named a new chief financial officer of its sales and trading business. Elena Korablina, formerly the CFO for the bank’s EMEA group, has been promoted to the new global role of running the firm’s entire securities business. As a result, Anna Marie Dunn, who has worked at the bank for the past 24 years, will take over from Korablina as EMEA finance chief and become a member of the management committee. 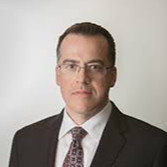 Exchange operator Nasdaq has reportedly lost two senior people to startup Members Exchange, which has just announced that Jonathan Kellner with become its first Chief Executive Officer. MEMX has now onboarded Thomas Fay, a senior vice president at Nasdaq who had overseen a number of technology initiatives, and Dominick Paniscotti, a vice president who worked with Fay, left the company last week, a Nasdaq spokesman confirmed to Bloomberg. Fay is set to join MEMX as chief operating officer later this year, while Paniscotti will become chief technology officer, a person familiar with the situation said.

With over 15 years’ experience in the financial services industry, James Follette joined Fenergo as Global Head of Commercial, Business and Retail Banking. Follette will oversee the division’s go-to-market strategy, drive the product roadmap development while ensuring current and prospective client needs are fully met within his division. Before joining Fenergo he held roles at Citibank, IBM and other global consulting firms where he was responsible for implementing client onboarding technologies, leading digital transformation initiatives and overcoming regulatory challenges.

Swiss-based impact investment manager BlueOrchard hired Remo Oswald and Daniel Perroud as Co-Heads of Business Development. The pair will primarily focus on expanding BlueOrchard’s offering to new markets and delivering innovative solutions and products to our clients across the globe. Remo Oswald will be mainly responsible for business development in the DACH region (Germany, Austria, and Switzerland) and Daniel Perroud for business development in the non-German speaking European markets, including the United Kingdom.

Oswald’s extensive experience with both institutional investors and UHNWI spans more than two decades and includes senior roles in equity brokerage as well as the incorporation, management and successful sale of an asset management company. Remo Oswald joined BlueOrchard from Swiss & Global Asset Management in Zurich, where he was Director Sales & Distribution in charge of key clients. Prior to this, he held senior positions with Horizon21, Lombard Odier Darier Hentsch & Cie and BNP Paribas Private Bank Switzerland.

Daniel Perroud has over 20 years of in-depth industry knowledge and extensive experience in business development for traditional and alternative investments. He has held several positions of responsibility in recognized companies such as Muzinich & Co. and Franklin Templeton. Prior to joining BlueOrchard, Daniel Perroud was a Country Manager for Muzinich & Co. (Switzerland) AG. He also held the position of Executive Director Business Development at Harcourt Investment AG. 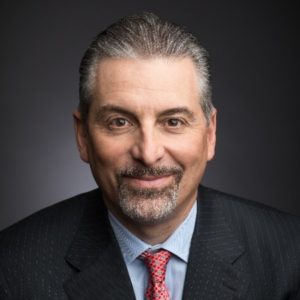 State Street announced that its board of directors has appointed Lou Maiuri, previously head of State Street’s Global Markets and Exchange businesses, to the role of Chief Operating Officer. In this capacity, he will have overarching responsibility for State Street’s IT, Global Delivery, Global Exchange, Charles River Development and Product teams. Maiuri will continue to serve on State Street’s Management Committee and report to President and CEO Ron O’Hanley. Prior to State Street, Maiuri held various roles at BNY Mellon including deputy chief executive officer of asset servicing, head of the global financial institutions group within the asset servicing business and also as a member of the Operating Committee. Earlier in his career, Maiuri held the roles of chief operating officer and chief executive officer of Eagle Investment Systems LLC and worked at Fidelity Investments in both the fixed income and equity investments divisions.

Liz Nolan, currently CEO for State Street in EMEA, will assume responsibility for Global Delivery, managing the company’s global operations and infrastructure that supports clients in 26 countries and more than 100 markets worldwide. Nolan follows Jeff Conway in this role, who is leaving State Street after a more than 30-year career. Nolan will retain her EMEA CEO and UK responsibilities until a successor is appointed.

Axioma named Amaury Dauge as President. Dauge will also continue to serve as Chief Financial Officer, a position he has held since joining Axioma in June 2016. As President, a newly created position, Dauge will focus on enhancing execution and operational management as Axioma’s growth continues to accelerate. Dauge reports to Sebastian Ceria, founder and Chief Executive Officer. Before joining Axioma, Dauge was Chief Financial Officer of Euronext (EPA: ENX), the pan-European stock exchange. He also previously served as Senior Vice President for Corporate Planning & Analysis at NYSE Euronext since December of 2009, playing a key role in the company’s strategic transactions with ICE in 2012 and 2013.Dauge joined Euronext as an M&A analyst in 2001 before being named Head of M&A and later Chief of Staff to the CEO. In 2008, he was appointed Chief Operating Officer, European Equities Market and Market Data. He began his career at BNP Paribas before joining PwC and Atos Consulting.

The Flowr Corporation, a Canadian Licensed Producer of premium cannabis products, hired Canadian chef Ryan Reed to develop signature edible cannabis products for the Flowr brand. Reed, a past winner of Iron Chef and Chopped and Victoria’s 2011 Chef of the Year, will collaborate closely with Flowr’s R&D Team to research and develop high-quality edibles.

The Securities and Exchange Commission named Gabriel Benincasa as the Commission’s first Chief Risk Officer. This position was created by SEC Chairman Jay Clayton to strengthen the agency’s risk management and cybersecurity efforts. As Chief Risk Officer, Benincasa will coordinate the SEC’s continued efforts to identify, monitor, and mitigate key risks facing the Commission. Working within the SEC’s Office of the Chief Operating Officer, he will also serve as a key adviser on other matters related to enterprise risks and controls.  Julie Erhardt, who had been serving as Acting Chief Risk Officer while the SEC completed its recruitment efforts, will return to her role as Deputy Chief Accountant for Technology and Innovation in the Commission’s Office of the Chief Accountant. Benincasa began his legal career as an attorney at Davis Polk & Wardwell before working for Morgan Stanley and other financial firms.