State Street Corporation named Andrew Allright as CEO of InfraHedge, the firm’s dedicated managed account business. Allright has been with InfraHedge since it launched in 2011. Allright will continue to lead a longstanding team comprising Ravi Raman, chief operating officer, as well as new hires including Robert Vanderpool, president of InfraHedge North America, and Lizzy Buss, head of EMEA and APAC business development.

UBS has hired algorithmic trading veteran Chris Marsh. A former managing director within Credit Suisse’s global markets business, Marsh will join UBS at the end of October as global head of electronic trading and program trading, according to a memo seen by Financial News.

McCourt and Smalley will report into Drew Doscher and Darren Haines, Managing Directors and Co-Heads of Fixed Income Credit at BTIG. 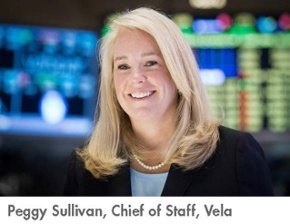 Vela, an independent provider of trading and market access technology for global multi-asset electronic trading, named Peggy Sullivan, who served as a consultant to the Company since October 2017, has joined as Chief of Staff. She will be based out of Vela’s headquarters in New York and reporting to CEO Jennifer Nayar. Prior to Vela, Sullivan spent much of her career at the New York Stock Exchange holding several leadership positions working with the National Market System and as the Administrator to the Consolidated Tape Association and the Head of Market Data Administration for NYSE, Arca, MKT, markets real-time products.

JonesTrading landed Cabot Henderson as Risk Arbitrage Market Strategist. Henderson has over a decade of experience in portfolio management, trading, and analysis in risk and event driven situations. Prior to joining JonesTrading, he was Founder and Portfolio Manager at Center Hill Capital.  He has served as Senior Analyst at Hudson Bay Capital and was an Analyst and Trader at C12 Capital. He has also worked in Equity Derivatives and Global Markets at Barclays Capital and Merrill Lynch, respectively.

Axioma reported the appointment of Hamish Seegopaul as Managing Director, Head of Index. He was previously a Director at Credit Suisse, where he was responsible for delivering Quantitative Investment Strategies and Commodity Investor Products to institutional investors. In his nine years at Credit Suisse in London and New York, Seegopaul focused on systematic index solutions, in sales roles across commodities, macro, equity-derivative and cross-asset franchises. Seegopaul was at Dow Jones Indexes from 2001 to 2007, most recently as Manager, Index Development, where he founded and led the company’s first international product-development team.

The Smart Cube, a global provider of research and analytics solutions, hired Harsha Swamy to a new position of Chief Commercial Officer. Swamy, a veteran with over 17 years of sales and sales management experience, most recently spear-heading growth at a fast-growing analytics firm. Prior to that, he drove sales development for companies including Cognizant and Sapient. He will also join the Executive Team. 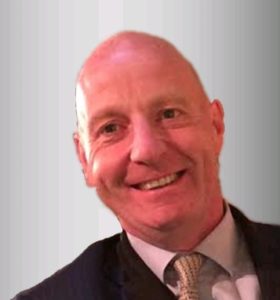 PanXchange (PX), a Denver-based OTC physical commodity exchange and market structure solutions provider, snagged industry veteran Dayre Lashnits as Vice President of Data and Operations. In her new role, Lashnits will leverage her extensive experience in commodity and data sales to oversee PanXchange’s operations and organize the internal systems of the company. Prior to joining PanXchange, Lashnits held a number of roles in commodity and data sales. Most recently she was director of data sales in agriculture and maritime for Genscape, a provider of real-time data and intelligence for commodity and energy markets.

Tourmaline Partners announced that industry veterans Seth Hoenig and Aidan Toomey have joined as Managing Directors. Hoenig comes to Tourmaline with 20 years of trading experience and most recently served as Head Trader at Glenhill Capital. He previously worked as a trader at Sigma Capital Management/S.A.C. Capital Advisors and Spear Leeds & Kellogg/Goldman Sachs. Toomey also brings 20 years of trading experience and comes to Tourmaline from outsourced trading firm Outset Global Trading, where he established the firm’s New York office. He has held senior trading roles at HSBC, JPMorgan, Jefferies and Raymond James, and began his career at Merrill Lynch, eventually serving as senior technology trader responsible for the TMT trading group.