Mizuho Americas landed Michal Katz as its new Head of Banking, Americas. In her new role Katz is responsible for all banking activity throughout the US, Canada, and Latin America, including investment grade and non-investment grade loans, equity and debt capital markets, securitization, and mergers and acquisitions. With a career spanning more than 20 years on Wall Street, she came from RBC Capital Markets where she was co-head of the Global Technology Investment Banking Group. Katz was also a member of the Management Committee of the US investment bank and served on the US Regional Operating Committee. Also, Katz was a managing director at Barclays and Lehman Brothers, where she was head of the global software practice in the Technology Investment Banking Group. Before that she spent several years practicing corporate law. She reports to Jerry Rizzieri, President and CEO of Mizuho Securities USA.

Tim Reilly has joined the New York Stock Exchange as Senior Director of Institutional Equities. A veteran with almost 20 years of experience, Reilly joined from Liquidnet where he was Head o NY Platform Sales. Before that, he served as a Managing Director at ITG as Head of Electronic Sales and a member of the Executive Committee. Earlier, he spent almost 15 years at Citi most recently as Managing Director, Head of Electronic Execution Sales in the Americas.

Calastone, the largest global funds network, reported that Dan Kramer is its new Vice Chairman, to be based in the firm’s New York office. Kramer joins Calastone from BNY Mellon, where he held the position of EVP and Chief Client Experience Officer, managing all stages of customer experience across client service, insight and strategy. During this time, he was also a member of the CIBC Mellon Board. Prior to this, he spent eight years at JP Morgan Chase as Head of Fund Services.

Tim Chapin, a managing director in foreign exchange sales at Credit Suisse, has left the bank. Chapin was with Credit Suisse for more than 15 years and oversaw the FX sales team in New York. He joined in 2004 after a 17-year stint at JP Morgan.

iSTOX, the first regulated platform to offer end-to-end issuance, custody, and trading of digitized securities, named Oi Yee Choo as its first Chief Commercial Officer (CCO). Choo has over 20 years of experience in the investment and banking industry, most recently as Managing Director and Head of Singapore Corporate Client Solutions for UBS, where she was responsible for UBS Singapore’s investment banking business. In her new role at iSTOX, Choo will be a key member of iSTOX’s management team responsible for driving the company’s overall business growth by building its network of investors and issuers. She will join the iSTOX team in January of 2020.

Incapital LLC, a leading underwriter and distributor of fixed income securities and risk management investment solutions, has reconnected with Matthew Reilly who has rejoined the firm as Managing Director, Market-Linked Products Trading and Origination. Drawing on two decades of experience with issuers and broker dealers, Reilly was most recently at BNY Mellon Capital Markets as Managing Director for the Structured Products team. His responsibilities included marketing and distribution of Structured Products, Closed-end Funds and Unit Investment Trusts to Pershing, introducing broker-dealers. He Also held structured product sales positions at firms including Credit Suisse and Morgan Stanley.  He reports to Deryk Rhodes.

Mehmet Hakan Atilla was elected as CEO at the most recent Borsa İstanbul Board Meeting. Atilla started his career as an assistant specialist in Research Development and Planning Directorate at Halkbank A.S. He pursued his career as a specalist in Banking Cards and Cash Management Directorate, as a supervisor and a manager in Strategic Planning Department, as Head of Financial Institutions and Investor Relations, as Board member of Halk Invest Audit and Halk Emeklilik, as Chairman of Halkbank Macedonia. 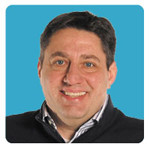 Tier1 has named Paul Chesek as its new Executive Vice President of Sales. Prior to joining Tier1, Chesek spent seven years at Bluewolf, an IBM company, where he led the Salesforce practice as a Partner and Senior Managing Director. While there, he managed and built teams that created significant growth opportunities. Prior to Bluewolf he served as the Global Vice President of Sales for six years at All Covered, a technology consulting firm. Chesek will be based in New York and will report directly to Mark Notten, Tier1’s CEO and co-founder.

The Global Financial Markets Association (GFMA), which represents the common interests of the world’s leading financial and capital market participants, announced its new leadership team. Steve Ashley, Senior Managing Director, Head of Wholesale, Nomura, takes over as Chair of GFMA from Sylvie Matherat, Chief Regulatory Officer and Management Board Member at Deutsche Bank AG. The two Vice Chairs of GFMA will be assumed by Olivier Osty, Head of Global Markets, BNP Paribas, and Walter Dolhare, Executive Vice President and Co-Head of Wells Fargo Corporate and Investment Banking.The appointments were approved by the GFMA Board of Directors.

Ashley has been Senior Managing Director and Head of Wholesale at Nomura since March 2017. Prior to this, Steve was Head of Global Markets, which includes the global Fixed Income and Equities businesses, a position he held since December 2012. He joined Nomura in May 2010 as Global Head of Rates, based in Tokyo.

Osty has been the Head of Global Markets at BNP Paribas since 2016, where he oversees the bank’s leading capital markets business, providing client-driven solutions across asset classes for institutional, corporate, private banking and distribution firms worldwide. He also currently serves as a Vice Chair for the Association of Financial Markets in Europe (AFME). Previously, Olivier lead the Sales and Trading team within the Bank’s Global Markets division since 2014, and he was Deputy Head of Global Equities and Commodity Derivatives since 2010. Olivier was appointed as Deputy Head of the Equity Derivatives business in 2007, with a specific mandate to run all trading activity including quantitative research and risk.

Dolhare has been Executive Vice President, Co-Head of Wells Fargo Corporate and Investment Banking, President of Wells Fargo Securities, LLC, and Co-Head of Wells Fargo International since 2018. Before assuming his current roles, Walter co-led Wells Fargo Securities, the team focused on delivering a comprehensive set of capital markets and advisory products and services to institutional, middle market, and corporate customers across North America, Europe, and Asia. Walter serves in leadership roles on boards for several Wells Fargo subsidiaries, industry associations and nonprofits, the McColl Center for Art and Innovation, and the Hispanic Scholarship Fund.