Broadridge appointed Bob Santangelo to President of International Sales, based in London. In his new role, Bob will focus on international growth opportunities in EMEA and APAC.

Agency broker Olivetree Financial has made several new hires in the US as it continues to bolster its growth in North America. The latest is Dan Sanders, formerly of Citi, who joins as managing director and head of US execution services. He will take responsibility for developing, marketing and expanding Olivetree’s execution offering.

Todd Lowen also joins as a Managing Director and US head of event drive/risk arbitrage having previously held a similar role at Barclays. Also, Jim Milligan becomes managing director and head of sector strategies and will join the firm’s New York office from his current role at its global headquarters in London. He previously held roles at JP Morgan Investment Management and Bluecrest Capital Management. The firm recently opened an office in Boston, with Michael McDonald hired as an executive director responsible for sales coverage in the New England region. He previously worked at Convergex.

The Investment Company Institute (ICI) announced that Sean Collins will be promoted to serve as chief economist, effective January 1, 2018. Collins will assume leadership of the Institute’s Research Department following the December 31, 2017, retirement of current ICI Chief Economist Brian Reid, who joined ICI in 1996 and has served as chief economist since 2004. In his new role, Collins will report to ICI President and CEO Paul Schott Stevens.

Standard Chartered recently landed Credit Suisse’s Savady Yem as the new global head of private credit sales in Singapore. Yem spent the last 16 years at Credit Suisse in such roles as head of structured derivative sales for EMEA in London and head of France and Benelux fixed income derivative sales. He joined Credit Suisse in 2001 after 12 years at J.P. Morgan in London. Krassek, meanwhile, spent nine years at Citigroup in both London and Hong Kong in credit sales roles before joining J.P. Morgan as a managing director in 2007. 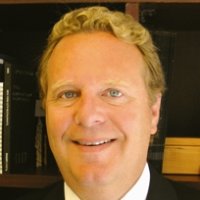 Also, the Bank hired Ian Krassek, the head of Asia credit sales at J.P. Morgan in Hong Kong, has also been hired by Standard Chartered as head of flow credit sales for Asia.

Derivatives risk analytics provider Hanweck landed industry veteran Andrew Brenner as its Head of Clearing Products and Strategy and will lead the commercialization of Hanweck’s derivatives clearing-related products. Brenner has served in leadership roles with extensive options, clearing, and product development experience, including President and Chief Strategy Officer of Lightspeed Trading and Senior Advisor to APEX Clearing. He also launched the stock exchange for the International Securities Exchange and served as its Chief Executive.

Meanwhile, the departures keep happening at Credit Suisse as Warwick Palmer has reportedly left his trading job there. According to media reports, Palmer is no longer the firm’s global head of G10 EM/FX spot, forwards and derivatives trading. Palmers’ colleagues confirmed his absence and his Bloomberg profile says he formerly occupied the role.

Palmer’s exit comes after he was hired from Unicredit in September 2016. Prior to that, he spent around two years as global head of rates and FX structured products trading at Unicredit and eight years at Bank of America Merrill Lynch.

Citadel Securities has hired Daniel Gottlander as head of swaps trading, a position he will begin next month. Gottlander came from Citigroup, where he was a vice president in the North American rates trading group with responsibility for developing technology, pricing and risk management for the bank’s US dollar interest rate swap desk. At Citadel, he will be a apart of the firm’s fixed income desk focusing on its electronic business for benchmark US dollar and euro interest rate swaps as well as the firm’s voice business for customized swaps.

IHS Markit has appointed a new Chief Operating Officer for its thinkFolio OMS, Tom Cunningham. Cunnigham, a veteran with over 25 years’ experience, was formerly Chief Technology Officer at Jupiter Asset Management, Cunningham has direct experience of using thinkFolio, IHS Markit’s established portfolio modeling and order management system for the buy-side.  Prior to his role at Jupiter, Tom was head of front office technology at Columbia Threadneedle Investments. He reports to Spiros Giannaros, global head of thinkFolio and Enterprise Data Management (EDM) at IHS Markit.

Eze Software has appointed Laura Ryan as Head of Sales for Asia-Pacific as the company continues to expand across the region.  Ryan spent more than five years at Eze Software, rising through the ranks from salesperson to leading Southeast Asia sales. Previously, she oversaw sales in Southeast Asia and Australia, and will take over Hong Kong sales to best position Eze Software to respond to client demand.

Axioma appointed Nico Kicillof to the newly created position of Managing Director, Head of Platform Engineering. He was previously Head of Software Development Lifecycle at Two Sigma, the technology-driven institutional investor, since 2015. Before joining Two Sigma, he was with Microsoft Corporation for nearly eight years, where he held a number of engineering positions, most recently Principal Program Manager Lead, Operating Systems Group. For six years before that, he was a professor of computer science at the University of Buenos Aires, where he also served as Deputy to the Computer Science Department Chair.