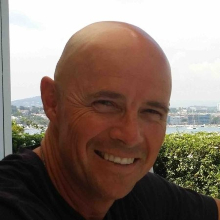 Goldman Sachs has re-hired a longtime veteran of the company Robert Surgent, who returned to the company in June as a managing director in New York. Surgent worked at Goldman Sachs for over 17 years until 2010, when banks had to cease the practice of proprietary trading following the implementation of the Volcker Rule. He jumped to the buy-side in 2011, spending five years as a macro portfolio manager at hedge fund Tudor Investment Corp., according to LinkedIn. He last worked as a portfolio manager at Field Street Capital before re-joining Goldman.

BNP Paribas Asset Management named Fabien Madar as Co-head of Distribution Europe covering Southern Europe, within BNPP AM’s Global Client Group, its worldwide Sales and Marketing organisation. Fabien Madar will report to Sandro Pierri, Global Head of Client Group. Madar was most recently General Manager & Head of Institutional Business in Europe for Pioneer Investments’ French business prior to its acquisition by Amundi.  He was additionally involved in Pioneer’s distribution activities in BeNeLux, Switzerland and the Nordics.

Geoff Pullen has joined State Street as managing director, alternatives sector, EMEA at State Street. With 16 years’ experience, he joins State Street from Standard Chartered where he led the transaction banking & securities services sales to European alternative and traditional asset managers. Prior to this he held senior sales roles at both HSBC Securities Services and BNP Paribas. Based in London, he will report into Maria Cantillon, head of sector solutions for EMEA. 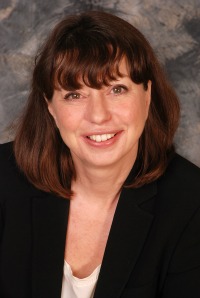 FIX Trading Community are pleased to announce that Rebecca Healey, Head of EMEA Market Structure and Strategy at Liquidnet will be the new Co-Chair of the EMEA Regional Committee. She served as Co-Chair of the FIX Trading Community’s EMEA Regulatory Subcommittee dedicated to addressing real business and regulatory issues impacting multi-asset trading in global markets. Healy joined Liquidnet in July 2016 to use her 20 years’ experience to collaborate and deliver research and insights for both the European equities and fixed income markets. She has held prior roles at TABB Group, Incisus Partners, the British Embassy in Bahrain, Credit Suisse, Goldman Sachs International and Bankers Trust International.

According to reports, the two co-heads of Cowen’s US prime brokerage arm have exited the firm. HFMWeek wrote that Douglas Nelson and Michael DeJarnette left the firm last week alongside another prime managing director Nicholas DeJarnette, according to industry sources. All three executives were founding partners of NorthPoint Trading Partners, a boutique prime founded in 2003, which was acquired by Convergex in 2009. No immediate plans to replace the roles are yet known. The trio’s outstanding responsibilities will be assumed by global heads of prime Michael Rosen and Jack Seibald. 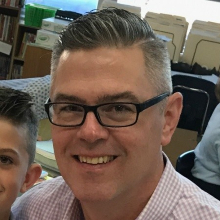 BTIG reported that Pawan Misra has joined the firm in New York as Managing Director and the Chief Technology Officer (CTO). As CTO, he will be responsible for helping to develop and deploy technologies across the firm. Misra joins the firm’s Global Operating Committee. He has nearly 30 years of industry experience. Prior to BTIG, Mr. Misra ran High Performance Hosting at Credit Suisse, as Global Head of Low Latency Electronic Trading Infrastructure and GRID Computing.

Finastra named Simon Paris as its new Chief Executive Officer. Paris, who currently serves as Finastra’s Deputy CEO, will take over as CEO from Nadeem Syed as a part of a planned succession process. In his role as Deputy CEO, Paris has been responsible for driving all of Finastra’s go-to-market operations including sales, marketing, and partner relations and has overseen significant growth in Finastra’s market traction and global footprint.

CLS, a market infrastructure group delivering settlement, processing and data solutions, announced that four new directors were elected to its Board of Directors at the CLS Annual General Meeting. The new additions to the Board include:

Vincent Bonamy:  Bonamy is currently Managing Director, Head of Global Intermediary Services GFX – HSBC Global Markets based in London.  He is responsible for the creation and development of GFX Services in the foreign exchange (FX) market. Bonamy was at Société Générale for several years, notably as Head of FIC US Business and then in the UK for a similar role within Markets.

Michael Lawrence: Lawrence is currently Managing Director, Global CAO, Foreign Exchange & Local Markets at Citi Global Markets, based in London. He is responsible for the leadership of the Global FXLM Business Management function throughout developed and emerging markets. Lawrence has held other positions at Citi within ICG Operations Management and had responsibility for various groups within markets operations.

Robert Stolte: Stolte is currently the head of technology for a number of businesses and functions at J.P. Morgan’s Commercial and Investment Bank including equities, prime, global clearing, markets risk and PnL reporting. Mr. Stolte previously ran a cross-business team responsible for driving the adoption of an internally developed trading risk management platform, Athena, across rates, credit, FX, commodities and a number of other businesses and firm-wide functions.