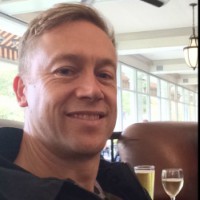 UBS has snagged a top trading technologist in a bid to boost its cash and electronic trading capabilities. Michael Farthing, a Credit Suisse alum, has been brought on board by the firm. Based out of London, he has joined the firm as a managing director and will be focusing on electronic and algorithmic trading technology. Farthing, a veteran with 31 years of experience, spent the past two decades at Credit Suisse. He started his career in 1987 – joining J. P. Morgan after a year as a consultant but shifted to Barclays’ investment bank in 1996, where he worked as a development database administrator in the firm’s equities IT department. In 1998, he joined Credit Suisse.

Barclays has appointed a new global head of electronic equities who will join the bank after spending nearly 20 years at Credit Suisse in various senior electronic trading roles. Naseer Al-Khudairi built his extensive career experience at Credit Suisse leading several businesses at the investment bank, including roles as head of European cash equities and head of cross asset electronic trading. He left the bank in September and in his new role will report to Stephen Dainton, global head of equities, who joined Barclays in September and previously worked with Al-Khudairi at Credit Suisse.

AxiomSL, the leading global provider of regulatory reporting, risk and data management solutions, onboarded James Babicz as Senior Vice President and Head of the recently opened Canadian office in Toronto. Babicz has more than 25 years’ experience in implementing risk management solutions to address Canadian and international regulatory requirements. He joins from Canadian Western Bank, where he held a senior role in risk management, directing Risk Data Aggregation, Analytics and Reporting programs. He oversaw the development and execution of multiple projects, updating and streamlining the bank’s risk management operations. Prior to joining Canadian Western Bank, Babicz served as head of risk at SAS UK and Ireland and also held leadership positions at Algorithmics, where he was involved in the development of regulatory capital calculation, aggregation and reporting solutions to meet OSFI requirements.

AXA Investment Management’s (IM) head of trading and industry heavyweight Paul Squires is to leave after 21 years with the firm, a spokesperson has confirmed. Squires first joined the firm in 1996 as an equity trader in the UK before moving to trade European equities in 1999 and then to fixed income in 2003. As head of trading, a role he has held since 2005, Squires was responsible for 31 traders in London, Paris and Greenwich in the US covering equities, fixed income FX and derivatives.

Two Sigma Investments’ head of market risk Senthi Sundaram has left the quant giant after eight years. Sundaram spent over four years as the New York-headquartered firm’s chief risk officer, before becoming head of market risk in late 2014. A spokesperson for Two Sigma confirmed Sundaram’s departure and that his responsibilities would be “transitioned to other members of the risk team”.

Synechron, the global financial services consulting and technology services provider, said Pankaj Gupta will be joining the Synechron Business Consultancy (SBC) team in the UK as Managing Director and Head of UK Business Consulting. A veteran with more than 20 years’ experience, Gupta spent over a decade at Infosys Consulting. He reports to London Managing Director Tony Clark.

John Linder, aa 20 year professional, will work closely with consultants and plan sponsors focusing on traditional active fixed income allocations and economic crisis offset solutions. Prior to joining Ryan Labs, he held positions at Pension Consulting Alliance as a consultant to public pension plan boards and their professional staffs, CTC Consulting in research and strategy, and Alsin Capital as a buyside equity analyst, Larson Allen Weishair as manager of business valuation, and McGladrey & Pullen as a senior analyst in the financial management group.

Shrekgast will work closely with consultants and plan sponsors to communicate the value of Ryan Labs’ total return, liability-driven, and dynamic hedging strategies. Prior to joining Ryan Labs, Shrekgast worked at a credit-based emerging hedge fund in business development and capital raising. Earlier, he was part of the Loan Structuring and Syndications teams at BNP Paribas and Citibank and while at BNP Paribas, he structured and marketed bonds, credit derivatives, and securitized products. Shrekgast began his career as a Certified Public Accountant at KPMG.