In The Ghost, an original weaving of Hamlet and Macbeth, two of Shakespeare’s quintessentially tragic heroes encounter each other on stage, with explosive consequences. Macbeth is re-cast in the role of Claudius, who marries Gertrude after the king’s death and invites the wrath of their son, Hamlet. Their time-honored soliloquies are repurposed into dialogues: Ophelia boldly answers Hamlet’s “to be or not to be” and Macbeth’s existential lamentation is reframed by Hamlet’s unexpected participation at the end.

The division of limelight between characters is one of the best things about the hybrid. Bottoms Dream, which debuted with their first Shakespeare weaving last year, scales down the Bard’s typically large cast and delves deeper into the motivations of characters in both tragedies. Unlike the original plays, none of the characters in The Ghost feel superfluous or under-developed, which makes the hybrid more suited to the tastes of contemporary theater-goers. 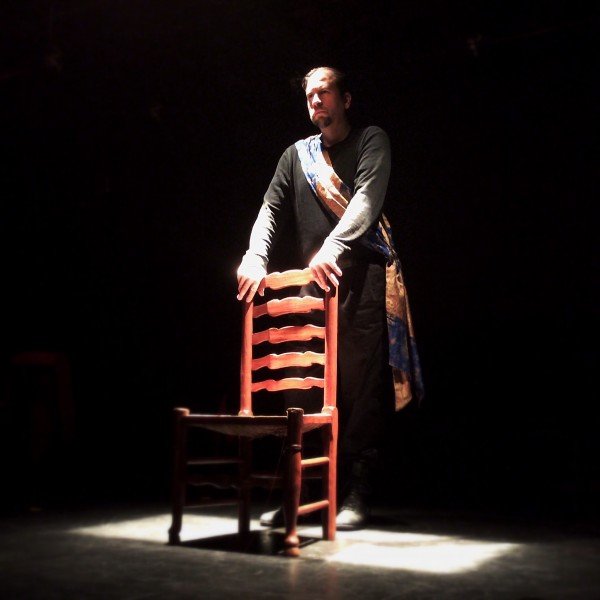 It’s refreshing to see Ophelia, whose feminine passivity is rivaled only by that of Desdemona from Othello, play a more prominent part in this retelling. Likewise, injecting Lady Macbeth’s indomitable personality into Gertude give her more control over the action of the play, contextualizing her seemingly dispassionate response to her husband’s death and shameless marriage to her brother-in-law. Even Hamlet becomes much more likeable in The Ghost due to certain plot twists introduced into the story. Whether for better or worse, I leave to the audience’s discretion.

At some point, the audience will have to tear themselves away from the preset storylines and appreciate the play as its own thing. Credit must be given to Caitlin White (who also stars as Ophelia) and Nat Angstrom for their seamless entwining of both worlds onto one stage. What the small theater company is able to achieve with limited space and resources is also impressive. While The Ghost may not have the pure pathos of Hamlet or Macbeth, you will leave the theater feeling like you’ve just discovered a strange new play by Shakespeare.

The Ghost runs from Wednesday, February 4 through Sunday, February 15. The performance schedule is Wednesday-Saturday at 8 PM; and Saturday-Sunday at 2 PM. Performances are at Theater 54 at Shetler Studio, located on the 12th floor of 244 West 54th Street. Regular tickets are $20. For tickets and information, visit www.bottomsdream.org.