The London Stock Exchange Group’s ForexClear unit had a record first quarter this year as the introduction of uncleared margin rules have boosted clearing of non-deliverable forwards.

ForexClear, part of the London Stock Exchange Group’s clearing house LCH,  had a record first quarter this year for both trades processed and notional cleared.

Clearing has been boosted since the final phase of the initial margin rules came into force in September last year requiring all financial counterparties to post collateral for initial margin against over-the-counter derivatives contracts that are not cleared. In addition, the need to post collateral for variation margin for uncleared derivatives also came into force after a six-month grace period given by regulators to allow the necessary contracts to be put in place across the industry.

As the need to post collateral has increased the cost of capital of uncleared derivatives, there has been a shift of certain products to clearing, particularly for non-deliverable forwards. NDFs are derivatives that are used to hedge or speculate against currencies where exchange controls make it difficult for overseas investors to make a physical cash settlement, for example, the Chinese renminbi. 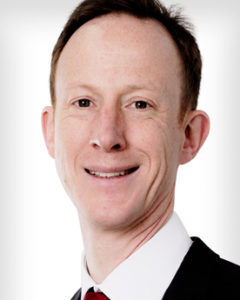 Paddy Boyle, global head of ForexClear, LCH, said in a statement: “ForexClear has built on its strong start to 2018 with record levels clearing throughout the quarter as the risk, margin, capital and operational efficiencies of central clearing continue to attract users. This sustained growth in our cleared NDF business provides a solid foundation for our new FX Options offering, which we intend to launch in the coming months.”

Expanding the currency pairs increased opportunities for capital efficiencies by increasing the number of products eligible for clearing at LCH.

Mike Curtis, managing director, business resource management at Nomura, said in a statement at the time: “This gives Nomura another valuable tool for reducing bilateral SIMM FX risk and the costs from its associated initial margin. We have used LCH Cleared G5 FX NDFs in multilateral risk reduction runs and also for bilateral risk reducing trades.”

Chris Barnes, at derivatives analytics provider Clarus Financial Technology, said in a blog last month analysing NDF clearing that LCH ForexClear has a 97% market share and that a minimum of 17% of the market is now cleared.

“Clearing volume can account for up to 30% of volumes in some currency pairs,” added Barnes. “Uncleared margin rules continue to motivate clearing.”

Barnes continued that there have been two record months of cleared NDF volumes since Clarus last looked at the overall market in November.

Barnes said: “This should attract some compression activity. Open interest has dropped by $70bn in the first week of March, so maybe this is now gaining some traction?”

This month CLS, which provides infrastructure for foreign exchange settlement and data, and financial technology company NEX announced they are expanding the compression service, triReduce CLS FX, to third parties. Compression ‘tears up’ offsetting trades in a portfolio while maintaining the same risk profile, reducing the notional and number of trades.

CLS said in a statement that the service has compressed over $6 trillion notional to date and its user base has continued to expand, with an additional six banks signing up in recent months.

Alan Marquard, chief strategy and development officer at CLS, said in a statement: “In particular, banks impacted by Basel III regulation will benefit from effective management of leverage ratios and significant risk reduction.”

Peter Weibel, chief executive of triReduce, added in a statement: “Over the last six months, FX compression volumes have more than doubled due to strong interest from banks participating not only with their house accounts but also with their prime brokerage businesses.”