Whether US-based asset managers service European clients or not, MiFID II legislation has buy-side firms of all stripes re-evaluating their business models and relationships with the sell side.

In research conducted by the analyst firm Tabb Group of its 14th annual US Institutional Equity Trading Study, 87% of the firms interviewed expect to be directly or indirectly affected by the EU’s market directive. 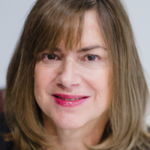 “Last year, we thought that a 76% was high,” said Dayle Scher, a senior analyst at Tabb Group during a recent webinar. “And the year before that, we thought 66% was high.”

However, only 27% of the respondents expect to benefit from MiFID II.

One of the areas that offers the sharpest relief for US-based asset managers is the manner in which they are and plan to address MiFID II’s research-unbundling mandate.

Firms want one process for paying and accessing research so that they at least are aligned with MiFID II requirements, according to Scher.

The buy side cut more than 30% of its research providers when compared to 2014 and anticipates cutting more this year.

Hedge funds alone cut their lists by 41% after cutting them by 43% the previous year, she noted.

“Next year’s results should be interesting if that is the case,” said Scher.

As the average number of research providers continues to shrink, a slight majority of the head traders interviewed for the study, 53%, expect that their research budgets will also shrink significantly.

Scher calculated that asset managers whom she interviewed expect to reduce their budgets by approximately 10%. “Many predicted more, and some predicted less, but that was about the average,” she said.

A majority of polled buy-firms also have or expect to re-examine their research processes. Whether it means implementing third-party offerings or conducting more frequent broker votes, 61% of the respondents plan to change their procedures.

Of firms with more than $150 billion in assets under management, 94% are changing their broker-vote process, according to Scher. “Some managers even mentioned that they were doing quarterly broker-vote assessments,” she added.

One of the head traders interviewed responded succinctly, “It’s a matter of survival.”