Sluggish volatility is playing into buy-side trading and investing strategies, as the Volatility Index (VIX) remains stubbornly stuck in the mid-teens.

Griffin Asset Management, a New York-based long-only firm that uses covered calls as a component of its investing, is closely monitoring the VIX with the expectation that a pickup will enhance the premiums it can collect on its options-writing program.

“We continue to manage the covered call strategy with the same process that has been in place since inception in 2009,” said Douglas Famigletti, president and chief investment officer at Griffin Asset Management. “The portfolio hasn’t changed that much in the last few months. As volatility picks up, we have a little more opportunity with writing options with better premiums but volatility has only picked up in spurts, and it hasn’t played into increased pricing of options that much, at least in the options that we sell.” 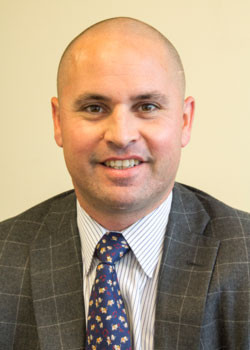 Griffin hasn’t seen a huge increase in the premiums that it’s able to write but that is partly due to the fact that it buys large cap, dividend paying stocks, which tend to have lower volatility. “It means that we have to make a decision on whether we want to sell calls for more short-term income, or less income with more potential upside,” said Famigletti. “That’s a decision we’ve had to make a lot with individual stocks over the last couple of years as volatility has gone down.”

A recent surge in the level of puts written on the VIX would appear to suggest that the bloom is off the rose for any short-term expectations of a rise. “The last few years have taught everyone that volatility is pretty dormant. It perks up about three or four times a year, but those pops mostly fade in short order,” said Adam Warner, a proprietary trader with Addormar Co., Inc., in a blog
posting. “So it’s understandable that the inclination is to assume this time will be no different.”

Warner continued, “If VIX does continue to drift, as per the norm, and all that VIX put buying and XIV buying works, it further internalizes the lesson that all VIX pops are fades. And the bets against VIX will get even bigger the next go around.”

Griffin’s covered call strategy involves selling options against equity positions. It was hired as a sub-advisor to run a mutual fund, The KF Griffin Blue Chip & Covered Call Fund, using our covered call strategy. The Fund seeks to achieve its investment objective by investing primarily in dividend-paying, large-capitalization common stocks of domestic and foreign issuers that are traded on a U.S. exchange and by writing covered call options on a substantial portion of the stocks held in its portfolio.

“While we are predominantly a long-only firm, our option strategy is a non-core approach that attempts to reduce volatility and enhance income. Our covered call strategy is offered in a mutual fund and in individual accounts,” Famigletti said. “It is one of three equity focused strategies we offer. We also manage diversified portfolios for many clients that include other asset classes.”

Interest rates are still low, especially on the short end of the curve, which also affects the price of options.

“Our view coming into the year was that growth was strong in the second half of 2013 and should continue in 2014,” said Famigletti. “The risk is that as rates rise and inflation accelerates, multiple compression is likely. We’ve seen that a little bit. The market is coming off an incredible year in 2013, so it was set up for a correction in the first quarter. Corporate earnings in the first quarter were mixed and we will need to see better revenue growth to maintain the current multiples on the market.”