Volatility in the credit markets is expected to increase during 2014 as the U.S. Federal Reserve continues to taper its bond buying and as large bank dealers continue to shed inventory.

“We are looking to take advantage of price volatility in the marketplace, especially in the corporate credit markets,” said Michael Cannon, senior portfolio manager at Coherence Capital Partners, a New York-based hedge fund focused on fixed income, with over $250 million under management. 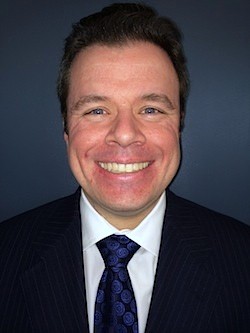 Cannon recently joined Coherence Capital after spending 16 years at UBS Investment Bank, most recently as managing director and co-head of investment grade credit trading. “I will be participating in the fund strategy at Coherence Capital, which is long/short credit, and a lot of it will be taking advantage of volatility in the marketplace that may come over the next few years,” he said.

Interest rates will increase during 2014, but there will be noticeable jaggedness in the trend lines due to a combination of a strengthening but still not robust economy and the Fed’s willingness to slow its accommodative monetary policy.

“The U.S. economy will continue to improve, the dollar should be strong, and we will see rates steadily grind higher throughout the year, but they won’t be a straight line,” said Cannon. “There will be volatility around rates, unless economic numbers take a turn for the worse, and rates sell off.”

While assets in bond mutual funds and ETFs have grown rapidly in recent years, dealer capacity in the fixed income markets appears to have undergone fundamental changes, according to January 2014 guidance issued by the Securities and Exchange Commission’s division of investment management.

Today, primary dealer capacity is at similar levels to 2001, while bond mutual fund and ETF assets have grown by a factor of four since that time.

“This apparent reduction in market-making capacity may be a persistent change, to the extent it is resulting from broader structural changes such as fewer proprietary trading desks at broker-dealers and increased regulatory capital requirements at the holding company level,” according to the SEC guidance. “A significant reduction in dealer market-making capacity has the potential to decrease liquidity and increase volatility in the fixed income markets.”

As the largest dealers adjusted to the realities of the post-Basel III environment, the aggregate market share of the world’s top three dealers dipped to 28.4% in 2013 from 29.3% in 2012. “This slight contraction is probably an early indicator of a more general shift,” said Greenwich Associates consultant Frank Feenstra. “The narrowing of focus by the biggest dealers will free up market share that will be captured by banks looking to expand their presence. The result will be a narrowing of the divide between the traditional ‘Bulge Bracket’ and the rest of the market, and a decrease in concentration in some products and geographic markets.”

Noted Cannon, “Liquidity is something that’s very fickle. At the end of the day, it comes down to opportunities for Coherence Capital in the marketplace. If rates move in the direction we expect, and volatility picks up, we will be able to take advantage of the environment from a trading perspective.”