The Volcker Rule: A Closer Look

The Volcker Rule (VR), which was approved December 10, 2013 by a consortium of regulators (Federal Reserve, FDIC, OCC, SEC and CFTC), took more than three years to complete and weighs in at just under 1,000 pages. Post-2009, financial regulators have now added new rules and procedures to fill almost 14,000 pages of text. The latest installment, championed by Paul Volcker, Chairman of the Federal Reserve from 1979-1987, and reinvigorated by JPMorgan’s loss on its 2012 whale trade, is an ambitious and detailed attempt to curtail and ring-fence key capital market functions of any bank or insured depository entity. The new rules will change the structure of banking entities and alter the roles of key players within U.S. capital markets, continuing the process of re-regulating capital markets following a long period of deregulation which began in the 1980s and peaked in the early 2000s. 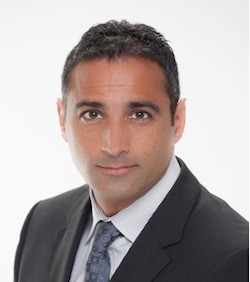 A key objective of the Volcker Rule is to re-establish the separation between commercial banks and investment banks that existed under Glass-Steagall which reined from 1933 to 1999, though key aspects of its requirement to prevent banks from ‘engaging principally’ in investment banking were eroded during the mid-1980s and effectively neutered by 1996. VR specifically leaves the banks intact but attempts to internally cleaver key aspects of their operations by prohibiting certain areas of capital market operations. Specifically, it prohibits banks from engaging in proprietary trading, and it bans banks from acquiring an equity or partnership interest in a hedge fund or private equity fund. The end result is an artificial and confusing truncation of a bank’s capital market operation.

With regard to proprietary trading, Volcker carves out certain asset classes for which banks may trade freely and specifies other  asset classes for which banks are banned from trading. VR then sets out a list of narrow activities that have broad exemptions and for which banks are free to trade regardless of asset type. Lastly, it lists broad trading activities that are allowable, but are restricted and tightly defined. Banks are allowed to trade in these broad areas, again regardless of asset type.

First, from an asset-class perspective, VR allows banks to trade loans, physical commodities and foreign exchange or currency. These asset categories are not defined as financial instruments within VR and may be freely traded within a proprietary account. VR then clearly bans banks from trading in the following asset classes: equities, bonds, options, swaps, futures, and derivatives which include foreign exchange swaps and both commodity and currency forwards. However, within the bond category, a full exemption allows banks to trade U.S. treasuries, agencies, municipals and FDIC obligations. The segmentation of which asset classes can be traded and which cannot is, at best, random. If there was a rationale for the segmentation, it appears to be safely hidden.

Second, from a narrow activities perspective, there are blanket exceptions for which banks are allowed to engage in trading. Some of the activities include repo transactions, securities lending, liquidity management, clearing agency and member transactions and employee compensation plans. Banks may trade in these areas regardless of asset class.

Third, VR then turns and addresses broad activities such as market making, risk-mitigating hedging and underwriting. In each of these areas, banks may trade across all asset classes, while following very specific operating procedures and guidelines. For example, certain guidelines require that banks only hold inventory to meet near-term demand, and that staff compensation not be seen as rewarded or incented by proprietary trading.

While the ban on proprietary trading creates a quagmire for banks, the second key section which limits bank sponsorship, affiliation and ownership of hedge and/or private equity funds is more straightforward and easier to navigate.

Taken together, the two rules effectively fragment and limit banks’ capital market operations. Even though there are major exemptions, regulators retain the right to assess and curtail activities further if they judge that banks are not in compliance. In addition, the executive certification provision combined with the broad compliance requirements should be breeding grounds for lawsuits, should a bank incur an ‘unexpected loss’. As a result, the potential cost and complexity of dealing with VR should be onerous enough to handcuff, reduce and ring-fence many existing bank activities.

The implications for U.S. capital markets are mixed. Markets are large, dynamic entities that adjust to structural change, but there is potential for near-term dislocations depending on how firms adjust, especially if large players withdraw faster than newer player enter. Longer-term, VR  should result in better balance and less concentration in U.S. capital markets: the biggest beneficiaries will be independently owned investment banks and foreign entities with no U.S. decision-making presence, who can now face off against the larger but constrained bank-owned investment dealers. Further, with hedge funds and private equity funds now more separate from the large banks, they too have the opportunity to grow and provide at least some of the proprietary trading functions that banks cannot.  All of these entities can and should grow to a size sufficient to provide adequate underwriting and liquidity to U.S. capital markets.

VR is bulky and messy, but if one of its key objectives (similar to Glass-Steagall) is to reduce risk to FDIC-insured bank deposits by mitigating their exposure to capital market risk, then the rule can be considered a partial success. If VR was intended to create a coherent framework for U.S. capital markets and explicitly reduce systemic risk, then its outcome is far less clear.  But certainly if the objective was to allow regulators to continue to find creative ways to micro-manage banks, then it can be considered a complete success.