The financial services vertical continues to lead other industry verticals in blockchain-technology investment and adoption, according to research firm IDC.

Of the estimated $11.7 billion to be spent globally on blockchain by 2022, IDC expects that financial services will be responsible for approximately a third, 36%, of the investment, said Stacey Soohoo, research manager, customer insights and analysis at IDC, during a recent webinar.

Soohoo expects a 72% CAGR across all industry vertical between 2017 and 2022 while financial services likely will see a 74% CAGR over the same period and an estimated $552 million-investment in blockchain-related technologies throughout 2018.

A slight majority of those surveyed for the study, 55%, are considering implement blockchain technology within their organizations, which is slightly higher than the 51% of respondents who answered similarly in 2017. 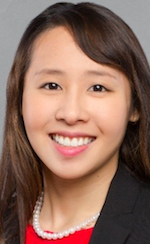 “It is clear that blockchain is not for everyone and may not match their needs,” she said. “The top three concerns regarding blockchain are data security, cost and budget limitations, and the belief that the technology is still unproven. These concerns are warranted with new technology like blockchain where enterprises need to understand the risk when investing in emerging technology.”

“This is not just frontline employees who are coding,” he said. “It’s also finding senior executives who understand blockchain beyond asking if it is about bitcoin.”

Still, 16% of everyone polled claim to have blockchain initiatives in production enterprise-wide, in business units, or in departments.

The figure more than doubles to 36.5% when only considering the securities and investment industry. Bank and insurance sub-sectors also had a similarly high adoption rate of 25.7% and 20.8% respectively.

However, those who do invest, invest well. Businesses, on average, spend $1.2 million on blockchain initiatives and projects, according to Soohoo.

Sliver under half of those polled, 49%, has spent $250,000 or more on their projects, she added. “It is safe to say that enterprises gradually are understanding the benefits and impacts that blockchain can have on their organizations,” she said.