Sign up to receive exclusive articles on topics including: Select one or more newsletters you would like to receive:
Close popup
Institution

What Erosion of Confidence?

The perceived erosion of investor confidence due to recent and well-publicized trading snafus is more fiction than reality, according to money-management giant Vanguard Group.

“We don’t see the deterioration in investor confidence that people talk about,” said Fran Kinniry, principal in the Vanguard Investment Strategy Group. “We don’t often disagree strongly, but we do disagree strongly that investors are leaving risky assets or becoming more risk-averse.”

Prices of about 140 stocks went temporarily haywire on August 1 due to a technology glitch at electronic trade router Knight Capital. Prior to that incident, Facebook’s initial public offering on the Nasdaq exchange was marred by poorly performing technology, as was exchange operator Bats Global Markets’ IPO on its own trading venue.

Coming just a couple years after the ‘flash crash’ of May 2010, some market participants say recent stumbles show that the current market structure of high-speed electronic trading still needs fixing, and investors are staying away for this reason. Kinniry noted that the Knight incident was isolated to Knight and as such was not evidence of a dysfunctional market. 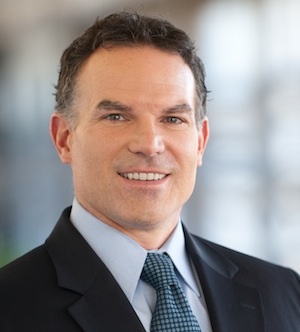 “You have to separate systemic risk, which is risk impacting overall markets, from concentrated risk, whether specific to a firm or individual market participant,” Kinniry told Markets Media. On Aug. 1, “the market including its structure and circuit breakers worked amazingly well, which should add to confidence. And this was a zero-sum game, so while one firm may have lost, people made money on the other side.”

More broadly, Kinniry said the perception that investors are fleeing risky assets is largely driven by fund-flow reports that track investment flows out of mutual funds, but do not include increasingly popular exchange-traded funds.

“Most of the vendors who discuss and display cash-flow data are continuing to show mutual-fund flows not in aggregate with ETF cash flow,” Kinniry said. “Numbers for open-ended mutual funds do not count the significant flows into ETF assets. When combined, this takes equity flows to positive. Investors are buying equities.”

In Kinniry’s view, the story of investors selling equities and buying bonds is also misleading, as it fails to note the flows within fixed income, which money flowing out of money markets and into bonds.

Kinniry also cited recently low levels for the CBOE Volatility Index (VIX), including a decline on August 1, in making the case that recent trading and technology glitches have been one-off events. “We’ve had bottom-quartile, sometimes bottom-decile, VIX for the last 9 months,” Kinniry said. “We have not had a lower-volatility period than December 2011 to May 2012 in eight years.”