GinsGlobal Index Funds from the US and HANetf celebrated the launch of Europe’s first exchange-traded fund from a traditional asset manager through a white-label ETF platform by opening the London Stock Exchange this week.

The two firms opened the main market of the London Stock Exchange this week following the launch of their first two ETFs. The LSE said in a statement these were the first ETF launches from a traditional asset manager through a white-label ETF platform in Europe. 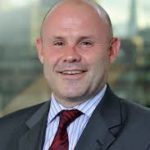 Hector McNeil, co-chief executive of HANetf, told Markets Media that about 70 new ETF issuers launched in the US last year. Most used a white-label platform as developing an in-house offering is expensive and time consuming, especially for smaller entrepreuneurs.

McNeil continued that HANetf can take a Ucits ETF to market in approximately 12 weeks.

He and Nik Bienkowski, co-chief executives of HANetf, founded Europe’s first independent ‘white-label’ Ucits ETF platform in 2017. In the US there are many white label firms who provide services to new issuers in the ETF market. However, there was no equivalent in Europe although the the region has different tax regimes and languages in each national market. In addition there are complex regulations such as MiFID II, which went live in the EU this year, and the potential impact of the UK leaving the trading bloc. 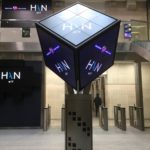 HANetf at the LSE

Two funds – HAN-GINS Global Innovative Technology Ucits ETF (ITEK) and HAN-GINS Cloud Technology Ucits ETF (SKYY) – were launched last month. They were developed with GinsGlobal Index Funds as the US manager’s inaugural European funds and first ever ETFs. The funds are available in US dollars, euros and sterling and listed in London, Frankfurt and Milan.

“Our clients have been pestering us to move into the 21st century by providing strategies in an ETF wrapper,” added Ginsberg. “In the last three years in the US active asset managers have lost market share and more than half of inflows have been into passive and index funds.”

Ginsberg added that as a US-based fund manager they would have taken much longer to understand the nuances of the European market without a white label provider. 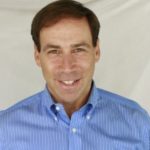 “Using HANetf was a much faster way to market,” Ginsberg added. “They know the plumbing and have credibility in Europe so our ETFs could be listed in three countries in a matter of days.”

Ginsberg explained that ‘know your customer’ is also a huge issue, while HANetf provides access to a distribution network, where brokers vet clients buying the ETFs.

The SKYY ETF is based on the Solactive Cloud Technology Index, which tracks companies globally that are active cloud-based software and services. The index constituents are weighted by market capitalization and capped at 4%. Similarly, the ITEK ETF uses the Solactive Innovative Technologies Index which tracks firms globally that are involved in eight themes related to the fourth industrial revolution –  robotics & automation; cloud computing & big data, cyber security; future cars; genomics; social media; augmented and virtual reality; and blockchain.

Ginsberg said: “Solactive use artificial intelligence to build customised indexes. There has been a big shift in the index industry due to the increased availability of data.”

GinsGlobal is the second US asset manager to launch a Ucits ETF through the HANetf platform. HANetf launched the EMQQ Emerging Market Internet and Ecommerce Ucits ETF on last month with Big Tree Capital.

Nik Bienkowski, co-founder and co-chief executive at HANetf, said in a statement: “These launches demonstrate that the barriers to entry to the European ETF markets have been totally dismantled. No longer do asset managers need a European footprint, or their own ETF infrastructure to benefit from the disruptive distribution power of ETFs.”

McNeil said: “We have three to four funds in the pipeline from three different managers.”

He expects about 20 managers to be on the platform by the end of next year.

October was the 48th consecutive month of net inflows into ETFs/ETPs listed in Europe, with $1.4bn (€1.2bn), according to ETFGI, an independent research and consultancy firm. So far this year there have been net inflows of $47.7bn, less than the $94.7bn during the first ten months of last year. 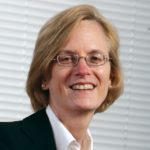 Deborah Fuhr, managing partner and a founder of ETFGI, said in a statement: “Few markets managed to avoid the October sell off, as investors grew jittery at the prospects of further rate hikes from the US treasury and any hope of resolutions to trade disputes appeared to be diminishing, be it in Europe or the US. Developed and developing markets saw similar declines during the month.”

Due to the fall in markets, total assets invested in the European ETF and ETP industry fell 5.9% in October from the previous month to $783bn according to ETFGI.

McNeil said: “In 15 years time, all new funds for liquid assets will be in an ETF wrapper but active funds will still needed for price discovery.”