For the TriBeCa Film Festival’s 10-year anniversary, expect to find goodies (and oldies), along with a whole host of activities around town. This annual gathering of celluloid and celebrity, which runs this year from April 18 to 29, has rocketed both in cachet and in popularity, thanks to Robert DeNiro and company…and a healthy serving of great films both short and long-form, documentary and fictional, debuting and classic. Here’s what to look for when you attend (aside from celebrities in full regalia)…and yes–tickets are still available. Should you not be in town when this festival is on, fret not: this year, movies featured are available for download on Amazon, iTunes, VUDU, or Netflix. 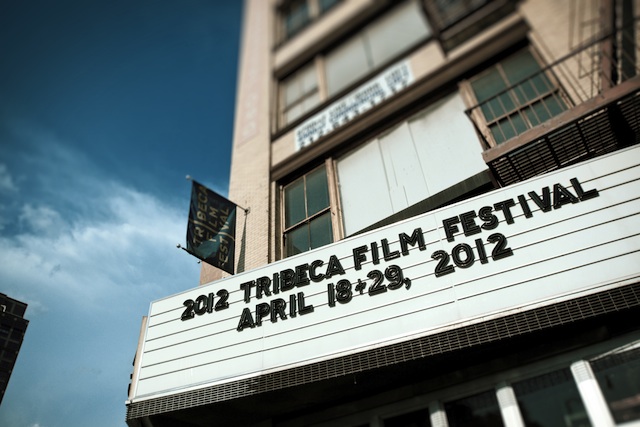 Friday, April 20: The Goonies screening at TriBeCa Drive-In. Save the Goon Docks! Hang out for a couple of hours with Mikey, Mouth, Stef, Data, Chunk (and Sloth, of course) as they go hunting for One-Eyed Willie’s treasure. Jazz band Nomo returns to entertain before the movie, and in honor of The Goonies, there will, of course, be the TriBeCa Treasure Hunt. Tribeca Drive-In opens at 6:00 p.m. Movie starts at dusk. Seating is first come, first served. At World Financial Center Plaza, 200 Liberty Street.

Saturday, April 21: Tribeca/NYFEST Soccer Day. Cheer on your favorite celebrity at this free event, which will also feature teams in novice, intermediate, and advanced levels, duking it out (Law & Order versus CBS Sports, anyone?). There will also be a kids’ soccer showcase, with competitions and coaching for those who want to bring aspiring FC Barcelona players and Hope Solos along. From 9:00 a.m. to 6:00 p.m. at Hudson River Park, Pier 40, 353 West Street.

Saturday, April 28: Tribeca/ESPN Sports Day and Family Festival Street Fair. At the ESPN event, Meet local athletes and sports personalities, or just hang out and show off your athletic prowess at the hoops station, the fencing arena, or pitching mound. ESPN will be in attendance, of course, as will several local athletic organizations, a few Knicks, Mets, and Liberties (no Yanks or Giants, though). Stick around a bit longer, and you’ll catch the Freestyle BMX Stunt Show, too. Meanwhile, at the Street Fair, check out live street performances, parades, games, free movies, and specials from restaurants and merchants. ESPN Sports Day is at North Moore Street (from Greenwich St. to West St) and runs from 10 a.m. to 6 p.m. The Family Festival Street Fair is nearby, at Greenwich Street (from Hubert to Chambers Street) and runs from 10 a.m. to 6 p.m.

Sunday, April 29: The Avengers debut. Closing out the Festival is this much-anticipated, star-studded comic book revival starring Robert Downey Jr., Scarlett Johansson, Samuel L. Jackson, and Jeremy Renner, to name a few. Continuing the storyline begun in Downey Jr.’s Iron Man 2, this film will also feature Chris Evans (who played Captain America last year and will do so again here) and Mark Ruffalo as The Incredible Hulk. Tickets are currently on sale and may still be available. Purchase them online at Tribeca Film Festival.