Electronic trading of non-deliverable forwards in foreign exchange may heat up during the dog days of summer as startup exchange operator 24 Exchange commences its first phase of trading in mid-August.

The Bermuda-domiciled exchange will match trades of NDF contracts denominated in US dollars, as well as match trades in US and European stocks in subsequent phases. 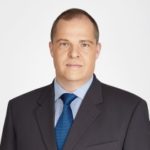 “The most important task is to get the FX NDF trading to a break-even point,” Dmitri Galinov, founder and CEO of 24 Exchange, told Markets Media. “Once we get to profitability in NDFs, our board will decide on which asset classes we should focus on.”

Exchange members trading NDFs will have the choice of trading non-stop via request-for-quotes or through a central limit order book during the typical FX trading week of five-and-a-half days.

“If the members want to trade something 24 hours a day, seven days a week, we will,” said Galinov. “It is no trouble for us to extend the trading hours. It just would require additional operational personnel, which would not be a tremendous cost.”

US persons can not directly interact with the exchange’s NDF liquidity without first going through an exchange member that is a non-US person.

The exchange plans to remain agnostic regarding clearing and permit its members to clear trades bilaterally as well as centrally cleared through a clearinghouse or bank.

“We think banks can do as much as central clearers because they can perform portfolio margining,” he said. “A bank can not only cross-margin within the same asset class but also between asset classes.”

The startup shortened its time-to-market by relying on a variety of fintech providers, such as Celer Technologies, Cobalt, and Tableau, to provide the bourse’s trading, credit and risk, and transaction cost analysis platforms respectively.

Although the new exchange is registered in Bermuda, its servers reside in Equinix’s LD 4 data center, which is 20 miles outside of London in Slough.

The exchange has no plans to expand its matching engines to North America or Asia-Pacific soon.

“The NDF market is a slow-moving one,” said Galinov. “Whether if you have servers in Singapore, Tokyo, or London, it really does not matter in the NDF market. If the market changes where the 100-millisecond lag from other continents would make a difference, we would address it by launching additional matching engines.”

In the meantime, the 24 Exchange expects to distribute its market data for free initially but plans to monetize it in the long run.