7 Chord wants to find out. The emerging fintech firm’s BondDroid Auto-Pricer goes beyond traditional pre-trade and post-trade data collection and utilization efforts, by using artificial intelligence to predict the next bid and ask price for the majority of the investment grade and crossover bonds traded in the market.

The corporate bond market has for years been known for its fragmentation and unique liquidity challenges. Data quality is improving, but outside of the most heavily traded issues — which represent a small fraction of the overall market — pricing can still be more art than science.

This is an opportunity for a solutions provider such as 7 Chord. 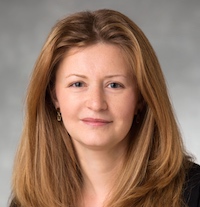 “The key principle behind our system is that no single human or model is correct 100% of the time, especially in financial markets that are constantly changing,” said Kristina Fan, 7 Chord CEO and a 20-year veteran of institutional credit trading and risk.

“So we don’t just deploy one machine learning model. We deploy 500 of them, each replicating the decision making of a different market player and retraining itself as market conditions change.”

7 Chord’s approach was inspired by work in other disciplines where identifying regime changes is critical. For example, in health care AI is getting better at analyzing a patient’s vital signs to predict an asthma attack or epileptic seizure.

BondDroid’s AI isn’t an off-the-shelf machine learning tool. The initial version of the AI system was the subject of a doctoral thesis by 7 Chord’s Chief Scientist Roy Lowrance, former CTO of Capital One and Reuters, who after a Harvard MBA and almost 40 years of success in technology and management consulting, went back to academia to work on his Ph.D. in Machine Learning, under supervision of Dennis Shasha, a renowned professor of computer science and now also an academic advisor to 7 Chord.

“Over the years I have had the honor to work with Roy Lowrance, a leader in the AI technology community,” said Paul Horn, NYU Distinguished Scientist in Residence and former head at IBM Research, under whose leadership IBM produced an unmatched string of technological breakthroughs, including Deep Blue. “I congratulate 7 Chord for attracting as Chief Scientist someone with his deep knowledge and background.”

Their bet has paid off so far. The firm’s price predictions were just as close to the executed levels during the fall’s volatility as they were in the benign markets during the summer, according to accuracy reports the firm provided to Markets Media.

Past, Present and Future

Today’s 7 Chord is 7 Chord 2.0. The firm launched in 2015 as an algorithmic, proprietary trading firm, but executives quickly realized that its linchpin technology was the salable good. “Once we built our AI system, we realized that it had much broader application than just one trading strategy,” said Pat DeFrancesco, well-known trading technologist and the firm’s CTO. “So we decided to pivot.”

In October 2017 the firm was accepted into Barclays Accelerator, powered by Techstars, a highly selective intensive 13-week program designed to accelerate the development of fintech startups. 7 Chord worked with Barclays corporate bond trading for almost a year, which crucially allowed it to “battle-test” BondDroid in the proof-of-concept (POC) stage.

Throughout 2018 Barclays’ Credit business would support 7 Chord with product analysis to identify use cases for their predictive pricing and alpha signals tool, according to the press release published by Barclays in Feb 2018.

BondDroid Auto-Pricer launched in July, and Fan said it is being used by “several sophisticated customers” spanning the institutional buy side, sell side and financial intermediaries.

In 2019, 7 Chord plans to expand to high yield, as well as in other areas of fixed income such as emerging-market bonds and municipal bonds. The firm is also planning to soft launch predictive analytics tools beyond the short-term price predictor.

“We are the only firm in the market that, in addition to a subscription service, gives clients an option to install our AI system in their corporate environment, behind internal firewalls and, using a set of standard APIs, to extract tradeable insights from their own proprietary data which in most cases goes to waste,” Fan told Market Media. “The new digital generation of credit traders needs new microservices, and this is exactly the gap we are looking to fill.”