A Spring Awakening For Institutional Crypto 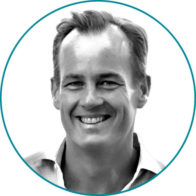 The brutal “winter of crypto,” where cryptocurrency trading volumes plunged by as much as 85 percent from a January 2018 high, has been enough to dampen the enthusiasm of even the most ardent supporters of disruptive digital assets. However, sentiment at TradeTech 2019 (the biggest annual European buy-side equity conference) was that the freeze may be melting, with the green shoots of spring sprouting up and perhaps piquing the interest of sophisticated investors. For those interested in the asset class, including us at Caspian, which has been actively involved in building tools to clear a path for institutional investors– the murmurings of a potential turnaround is encouraging news.

Examining the institutionalisation of cryptocurrencies was a standout panel on the TradeTech 2019 agenda. Panelists included key industry service providers – Caspian CTO Gerrit van Wingerden, Grasshopper CIO Tan T-Kiang, Bitstamp Head of Business Development Miha Grcar and the over capacity room was a clear signal that investors and other specialist industry players are clamoring for fresh insight about the burgeoning crypto asset class, as well as the tools available to better access it.

The panel was on the whole supportive of moves to regulate the sector, agreeing that greater oversight could be a catalyst for more institutional investors entering crypto.

Recent action by Hong Kong regulator, the Securities and Futures Commission (SFC), to introduce a new regulatory framework for exchanges is an example of recent moves to tighten up the crypto space. Under the proposed scheme, crypto exchanges will be able only to deal with institutional investors as part of a move to better protect the public. This plan has received a mixed reception from local industry players, who may be used to less oversight.

The panel agreed that serious, legitimate market participants are the ones looking for regulatory clarity, whereas those less scrupulous players, who may be shirking security best practice or puffing up trading volumes, are those that are actively wanting to stay in the dark.

The Securities and Exchange Commission itself currently faces a conundrum, with questions about the appropriate level of oversight over-regulation could stifle innovation, but not doing enough puts investors at risk of having their digital assets stolen or misappropriated.

Caspian’ s van Wingerden said he believed the sector would welcome clearer regulation, not only to protect investors but also because it may safeguard against industry participants themselves making large investments into infrastructure or technology, only to find the resulting offerings deemed non-compliant or illegal down the road.

Custody No Longer a Stumbling Block

A lack of properly regulated custodial solutions has in the past inhibited the widespread adoption of crypto as an asset class, but panelists told the TradeTech audience that institutional-grade custody solutions had most
certainly arrived, with many more predicted to join.

In 2018 Fidelity became the first big name to enter the crypto custody space when it announced it was launching a separate company called Fidelity Digital Asset Services. The firm, which has over $7 trillion of client assets under administration, said that it will provide institutional clients, like hedge funds and family offices, with custody for cryptocurrencies including bitcoin. That same year Coinbase Custody officially opened for business with its first customers being crypto hedge funds, exchanges and Initial Coin Offering (ICO) teams.

In a sign of further growth in the crypto currency space, Intercontinental Exchange (ICE), the owner of the New York Stock Exchange, in April announced its cryptocurrency trading platform Bakkt had acquired Digital Asset Custody Company (DACC) a crypto custodian services company. At the same time Bakkt filed an application to enable it to serve as a Qualified Custodian for digital assets with the New York Department of Financial Services.

For the panel, these were all signs that crypto custody was maturing. “That obstacle has been surmounted, the lack of access to crypto-focused custodians, is starting to become much less of an issue than it was in the past,” van Wingerden said after the panel.

While there have been advancements in cryptofocused custody, the panel remained concerned about the lack of a prime brokers and settlement systems for crypto trading. The current model where a trading counterparty is also the custodian of the assets required for the transaction remains inherently risky, the panel said. The possibility for assets to be stolen if there is a security breach remains a key barrier preventing more institutional investors entering the space.

Connectivity and API availability was another point of discussion on the panel, with the consensus that current offerings are of poor quality and require institutional investors to run multiple web interfaces at once in order to trade. Additionally, most crypto exchanges still do not leverage the FIX protocol, meaning there is still additional work to be done in order to create better connectivity.

Despite these challenges, the panel was upbeat about the long-term future of crypto. For example, van Wingerden said he was optimistic about Security Token Offerings (STOs).

“The ability to digitize what were previously illiquid assets like private equity or collectables is certainly getting a lot of mindshare, and it will be interesting to see how important they become,” he said after the panel.

Bitcoin’s “gold-like” characteristics and the fact that cryptocurrencies are not correlated with traditional markets remains an attractive feature, van Wingerden said. He added that this was particularly true in countries
like Venezuela where hyperinflation has hit its currency hard. “These aren’t necessarily institutional investors, these are people using it in their daily lives,” he said.

Another reason for optimism is that the time spent during the “crypto winter” by companies like Caspian to iterate and build out their offerings for institutional investors in anticipation of a turnaround. Van Wingerden said the ongoing “crypto spring” recovery has also meant more demand for these enhanced tools, as sophisticated investor sentiment gradually increases.

“Caspian raised $19.5 million last October, of which part was used on research and development for our platform. Against this backdrop, now is the time for companies like ours to reap the rewards of the hard work during the winter and work even more closely with our clients who want access to sophisticated trading tools such as those offered by the Caspian platform,” he said.

Robert Dykes, CEO and Co-Founder of Caspian, has served as TORA CEO for the past 15 years. Prior to that Robert spent 11 years in the enterprise software and high-tech industry in Europe, North America, and Asia at such companies as WebPartner and Audiosoft. Robert holds a B.A. in Economics from Princeton University.