options-market participants find the best path in the least time S3 has built on its best-execution offering since the data and analytics provider entered the financial-market space in 2004.

“We were the first company to offer a best-execution service for options,” said Mark Davies, co-founder and chief executive of S3, which has dual headquarters in New York and Austin, Texas. “Since then we have expanded to smart order routing, and helped move routing decisions that had been derived from quarterly and monthly reports to real time.” 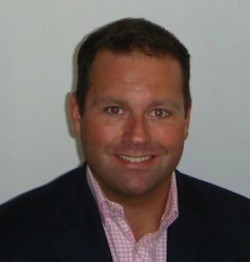 “We built a smart order router that dynamically routes the order based on symbol, size, rebate, execution quality, exchange cost or other order parameters.”

Flynn joined S3 in 2011 and has helped spearhead the company’s evolution. “Over the last two years, we have talked to our clients about how they’re using data to make best-execution decisions,” he said. “Most of them said they analyzed data on a monthly or quarterly basis to determine patterns and identify where they could have achieved better trade execution.”

“We saw an opportunity to streamline that process, so they could do the analysis in real time instead,” Flynn continued. “We built a smart order router that dynamically routes the order based on symbol, size, rebate, execution quality, exchange cost or other order parameters.”

This capability is especially important for broker-dealers whose order flow includes retail orders, as “rebate gain is vital to their business model,” Flynn explained. “Since execution venues are adjusting their fees and rebates continuously in response to market conditions, it’s important for such firms to be able to access these fees in real time, rather than rely on stale weeks-old or months-old rate cards or execution-quality reports.”

S3’s routing process involves several stages once an order is received via FIX. First, order parameters are analyzed to determine the best algorithm based on the client’s desired strategy. Second, the router analyzes execution statistics, market data, and destination input values, and third, the algorithm is executed and the best destination is determined.

The entire process takes less than a millisecond from the time the order is received until it’s released to a destination, Flynn said.

S3 has switched its smart order router from a hosted version to one that’s installed on the client’s site. Although this appears to go against the trend of companies preferring hosted/on demand software to installed software, Flynn said it makes sense because of “hop risk,” or the risk that an order gets scrambled or lost during transmission.

“Anytime you send an order there is some risk of that order being mishandled,” Flynn said. “When a client sends that order directly to a broker, that broker takes on that risk and compensates the client if necessary. Since S3 is not a broker/dealer, and therefore cannot be financially responsible for the orders, it became clear that the hosted-router scenario added too much additional risk.”

“Our smart-routing concept was well-received by both clients and execution venues, but the connectivity architecture needed to change,” he continued. “Now we license the router, allowing firms to take advantage of our technology without incurring that additional hop risk.”

Another area where S3 has expanded in is data warehousing. “Lots of clearing firms and broker-dealers need to house data for compliance, trade surveillance, or idea generation, and we have developed a data-warehousing capability to let them run reports and ad hoc queries through our flexible web portal,” said Flynn. “The data warehousing initiative will also help us with our plans to help brokers with Consolidated Audit Trail (CAT) compliance, which will be a massive industry-wide effort.”

S3’s products target different market constituencies — including institutional and retail broker-dealer, market makers, and the buy side – based on their specific aims. For institutional broker-dealers, this can be achieving best or fastest execution while minimizing information leakage and maximizing price improvement; for retail broker-dealers, it’s about improving execution while increasing rebates and reducing workload. Market makers are concerned with attracting the most valuable order flow and getting the best possible execution, while buy-side traders need to ensure their orders are routed to the best venue, while managing fees, commissions, execution quality, and research obligations.

S3 was founded in 2002 and initially focused on the telecom-outsourcing business before expanding – two years later — into financial services and the business of helping improve customers’ trading operations. S3 CEO Davies graduated from the Massachusetts Institute of Technology and worked at Austin, Texas-based Trilogy Software before co-founding S3.