AI Strengthens Its Hold on the Trading Desk

Artificial intelligence has moved beyond to having a toe-hold on the trading desk, according to an online poll conducted during a webinar hosted by industry analysis firm Greenwich Associates regarding AI’s use on the trading desk.

The audience did not cite AI’s novelty (9%) or the lack of internal expertise (16%) as the most significant hurdle to adoption, but integrating AI with their existing systems (42%). Other common barriers to entry included difficulties in measuring return-on-investment (20%) as well as the lack of buy-in by management (13%).

There has been a significant jump in AI adoption in the past two years, noted Goutam Nadella, executive vice president, client services at Symphony and one of the webinar’s panelists.

The past two years have seen a jump the technology’s maturity, noted Goutam Nadella, executive vice president, client services at Symphony and one of the webinar’s panelists.

“Even two years ago, it was difficult for firms to get started,” he said. “Most firms are figuring out how to get their data organized to train models.”

“It’s a multi-dimensional problem, but it is solved by having true data sets like reference data to which you can link the products as well as understanding the trading jargon when describing something like an option,” said fellow panelist Tejas Shastry, chief data scientist at GreenKey Technologies. “How do they talk about strike prices? Do they leave off handles all the time? Do they decide to shorten the price by adding a keyword instead? By doing that, you can get a complete view.”

The common problem for many firms is the multiple sources of data and its different structure that they use to train and operate their AIs. 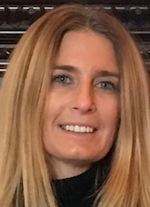 “This is where we struggle the most,” agreed Kim Prado, managing director and global head of CM client, banking and digital channels technology at RBC Capital Markets and who also participated in the webinar. “We can make this technology work on any data set, but it is the integration into the ecosystem at each bank and buy-side firm that makes it complicated.”

However, adoption of open-sourced standards and the evolving market regulations, such as MiFID II, has rounded many sharp corners related to adoption and implementation.

“It is going to be even better for AI because it has more structured data to learn off, which can improve its results,” said Richard Johnson, principal, market structure and technology at Greenwich Associates and who moderated the panel.

Aggregating data into a data lake or in-memory cache is an important step, but firms need to hold the data’s owners accountable for the quality of their data, cautioned Prado.

“If you do not have the business owning its data, it is almost hopeless,” she said. “For example, when you look to leverage GreenKey for the first view of your CAT data, you need the users to decide if what we are showing back on the screen is right. We don’t know.”