AI to Push the Next Generation of RMS

Asset managers and asset owners hope that the introduction of artificial intelligence into research management systems would result in a “your chocolate is in my peanut butter” moment for their respective firms. 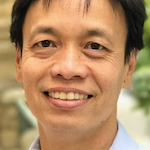 “We like the idea of using natural language processing or some other AI-based technology to tag and cross-reference information on our RMS,” said Minh Nguyen, director of technology at the Stanford University Endowment during a recent webinar hosted by industry analyst firm Greenwich Associates. “Down the road, it would be nice if the RMS could alert us if there is an event that someone should investigate.”

Such functions would have a significant impact on firms with RMS platforms, but firms would have to have the proper digital scaffolding in place and store data centrally in the system before the higher-level functions would be available, added fellow panelist Dan Donado, founder and CEO of RMS-provider Bipsync.

However, only a minority of asset owners (40%) and asset managers (21%) have RMS platforms in production, according to research conducted by Greenwich Associates. The majority of the polled firms typically house their research on shared network drives, in emails, or hosted platforms like OneNote and Evernote.

The Endowment developed and deployed an internally developed RMS platform approximately seven years ago before retiring it due to its lack of traction amongst the investment team. It returned to using a folder-subfolder convention on a shared drive, which lasted for two-and-a-half years before the process became too unwieldy.

“When you wanted to find something, the best we could do was performing a text search across all the 90,000 documents on the shared drive, which took a while,” said Nguyen. “Anytime someone wanted to find information that was not conducive to the hierarchy that we set up with the subfolder structure, it became difficult to find things.”

The Endowment also would like its RMS platform to support query functions that would show previously unidentified linkages between existing data sets eventually.

“If we were looking for someone who could talk about a technology in which we are trying to invest with a fund manager like human-centered AI, we would not have to go pouring through people’s contact databases,” he said. “It would be nice if the system told us that we spoke with Stanford University’s AI expert Fei-Fei Li two years ago and who is connected with Russ Altman, who is looking at human-centered AI, and suggest that we talk to him.”

Other teams within buy-side firms besides the investment research teams have also benefited from the conversion of unstructured data into structured data.

Hedge fund Highfield Capital Management extended the use of its RMS platform into is nine-person legal and compliance team to help manage research, reporting requirements, and memos from law firms, accounting firms, compliance firms, and others.

“We used this in the same way that the investment team,” said panelist Scott Pomfret, chief compliance officer at Highfield and founder of Regulatory Counsel LLC. “You can go into the RMS and retrieve what you could without reinventing the wheel. Maybe you didn’t know your colleague on the legal and compliance team already looked at the issue. Now you can see that in the RMS.”