IBM, historically know for its computers, is in the artificial intelligence business. And the algorithmic trading business too. 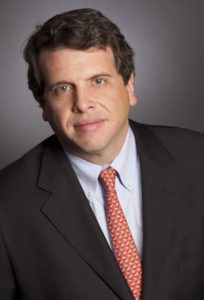 As noted in DataTrek’s recent Daily Disruption Feature, there’s the AIEQ ETF, which uses IBM Watson powered artificial intelligence to manage a portfolio of US stocks. DataTrek co-founder Nicolas Colas told Traders Magazine that while there are several US listed ETFs that use some form of algorithmic analysis to manage capital, this one “goes a bit further down the road to being a truly AI-driven process.”

As billed on its website, the AIEQ Exchange Traded Fund (NYSE: AIEQ) seeks to provide investment results that exceed broad U.S. Equity benchmark indices at equivalent levels of volatility. The fund typically invests in 40-70 names but analyzes and compares thousands of U.S. companies on a daily basis to find and optimize exposures within the portfolio.

AIEQ’s top holdings as of January 11th are:

IBM’s Watson Artificial Intelligence (AI) is a cognitive computing platform capable of answering natural language questions by connecting large amounts of data, both structured (e.g., spreadsheets) and unstructured (e.g., news articles), and learning from each analysis it conducts to produce a more accurate answer with each subsequent question. IBM said Watson represents a new era in computing called cognitive computing, where systems understand the world the way humans do: through senses, learning, and experience. Watson continuously learns, gaining in value and knowledge over time, from previous interactions.

Looking back to 2018, Colas recounted that AIEQ had a tough year – down 8.1% versus the S&P 500 which posted a 4.2% decline on a total return basis. He wrote that an unusually large dividend payment was partly to blame.

“A look at the relative performance of AIEQ across its short life (launched in October 2017) shows that it has a better chance of outperforming in up markets,” Colas said. “Only time will tell if that is because the AI algos just take more risk or, like some fund managers, simply do better in an up tape.”

So, what can the markets make of AIEQ?

“For now, we look at AIEQ as more of a science experiment than anything else primarily because of its short track record,” Colas said. “Still, it is a fascinating experiment to watch and monitor.”