Algomi Eyes Next Round of Growth

Seven months into his role as CEO of bond-market infrastructure provider Algomi, Scott Eaton prepares his firm to switch gears from a development focus to increasing the market penetration of its market surveillance platform Algomi ALFA. 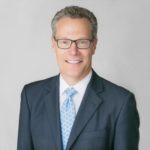 “I was brought in by the board to bring a bit of discipline and a bit of focus,” he told Markets Media in an interview late last year.

Since taking the helm from former CEO Stu Taylor in June 2018, Eaton and Algomi have adopted an ALFA-driven strategy, which includes data-sharing arrangements with Bank of New York, HSBC and Euroclear Information Services.

In an ideal world, Algomi would be acquiring two new clients per month on average, but the vendor expects to reach that rate of adoption in the next 12 months.

“We have focused only on the really large buy-side accounts for the moment,” said Eaton. “I think we have penetrated that pretty well. So, as we segment the market of the top tier asset managers, those with more than $500 billion AUM, we have approximately 20 to 21% of the market.”

In the meantime, the firm has not been affected by the consolidation of electronic fixed-income trading venues that has taken place over the past few years.

Nor has Algomi seen the development of much apples-to-apples competition from the market even though AllianceBernstein developed ALFA originally before selling the platform to Algomi in May 2017.

Some companies offer some aspects of what Algomi offers, but there are no pure fixed-income EMS platforms in the market, according to Eaton.

“It is an interesting space because nobody has done the aggregation thing, particularly with the speed with which you have to be able to aggregate and search that information,” he said.

Eaton argued that AXA, which owns a portion of AllianceBernstein, is the only other firm that has built an aggregation tool and a trader cockpit.

The largest firms may have the budget and talent to develop something similar internally, but they often underestimate maintenance, upgrade, and other associated costs, which quickly add up, he noted. “What you find is that many firms start down the path then if there is an off-the-shelf product available, they tend to compare and determine if it makes sense to buy.”

Other fixed-income data aggregators, such as corporate-bond data startup BondCliq, Eaton views as potential partners rather than competitors.

“The last conversation I had with [BondCliq CEO] Chris [White], was more on the data side, which I thought of as less of a competitor and more something that augments our platform and would help BondCliq,” said Eaton. “We would consume the data and display it to clients of his, which might get him better traction as well.”

Rather than invest in trying to duplicate ALFA and its data lake of fixed-income liquidity, he recommended that firms focus their investments downstream from the data lake.

“It is not building a data lake that makes you unique,” he said. “If you are asset manager ‘A’ or ‘B,” it is the tools you build around that data and how you think about consuming and manipulating the data. That is where, I think, the energy and expense should be deployed in terms of buy or building things.”