An institutional trader looking to electronically buy or sell a large block of equity faces a couple key decisions: whether to use an algorithm, and if so, which algo to use.

The former is a binary call, while the latter is anything but. Algorithms have proliferated amid electronic and fragmented markets, to the extent that a broker may have dozens or even hundreds of vendor-provided ‘off the rack’ algos to choose from, plus customized versions and others developed in-house.

Algorithms can optimize trading by routing to the venue with the best liquidity, as well as calibrate the time of the trade, i.e. whether it’s pushed through as soon as possible or whether it can wait hours or even days for better execution.

“Picking the right algo is really about finding the right liquidity on the other side and minimizing spread and volatility impact,” said Kapil Phadnis, global head of quantitative research and algorithmic trading at Bloomberg Tradebook.

Algorithms have a limited history with equity block trades, which can be defined as purchases or sales of at least 10,000 shares or $200,000. Up until about a decade ago such orders were ‘worked’ by human traders over the phone and/or on the floor of an exchange; since then, market fragmentation has made algos a necessity, and resource constraints at brokerage firms have further tipped the balance toward deploying computerized processes.

Routing to the most suitable venue, whether an exchange or a dark pool or other alternative trading system, can reduce trading friction as manifested by spread and volatility. Algos are less advanced in managing trade orders across time, as only in the past half-decade or so has average trade size diminished to a small fraction of block order size.

“Correlation in order flow is a key driver of algorithmic execution costs,” Phadnis said. “For example, if you’re trying to buy 100,000 shares, that order may be transacted 100 shares at a time, and with each order/transaction, you send out ‘buy’ signals. The smarter guys access this information by sourcing all the ‘big data’ that comes at them. They’re getting these signals much stronger because every time you trade 100 or a few hundred shares, you’re saying buy.”

Added Phadnis, “when you talk about algorithm selection, you need to understand how this impacts your trading pattern in the market, and how to minimize that pattern.”

One approach to algorithm selection leans heavily on the human element behind the trade, that is, picking an algo to match the style of the manager who hands the buy or sell order to a trader. “When does a manager pull the trigger on his ideas?” said Bill Conlin, president and chief executive of Abel/Noser. “There are momentum guys and there are value guys, and they don’t change their modus operandi. Their behavior is constant.” 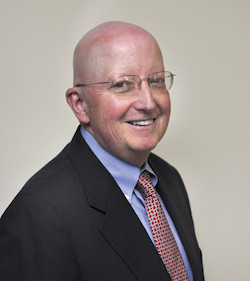 Conlin noted that an investment manager can act early in a stock’s momentum cycle, or late, or anywhere in between. “You’ve got to know who is the manager behind the stock to really make a better call on what you want to do,” he said. “What is the manager doing? What drives him? If you can build algos specifically for him, and you find out from data that 70% of the time, this algo will improve what he’s done in the past, then that’s a home run.”

Added Conlin, “looking at the manager behind the order is so critical in the trade process. It’s akin to in the old days, when the block guy who has been trading with the buy-side firm forever knows exactly what they’re going to do and responds accordingly. They optimize the flow by doing things based on experience.”