Buy-side traders have reams of data and information at their fingertips, of varying utility toward helping buy and sell stocks more efficiently. One largely untapped but potentially actionable trove of information exists in human form, i.e. in the profile of the portfolio manager who hands the order to the trader.

Tapping into the past decisions of the PM and quantitatively applying the findings, a process known as alpha profiling, is part of a next frontier of ‘smarter’ trading that embeds business intelligence into trading, according to some practitioners.

“Typically, traders understand generally what the PM’s characteristics are in terms of are they more likely to be a momentum or a value manager, but they don’t really have the ability to discern that on an order-by-order basis,” said Dr. Henri Waelbroeck, global head of research at Portware. “The main idea of alpha profiling is to create a model that assigns an execution strategy to a trade at the time of trade creation and then very importantly, as the trade executes, monitors whether that strategy assignation was correct or not.” 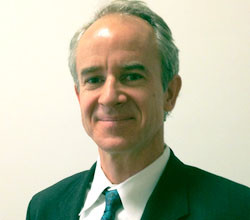 The relationship between the portfolio manager and the trader at an investment firm is a vital one. PMs need traders to execute buy and sell orders as efficiently as possible so as to not lose precious basis points of investment return; to accomplish that, traders need the fullest possible understanding of what’s behind the trade, and how that translates into urgency, or lack thereof.

Alpha profiling is breaking new ground on the trading desk, but the broader notion isn’t new. “Models have existed for years for knowledge management, and for neural networks to try to create expert systems and try to predict how individuals were thinking and how the expert might act in a particular situation,” said Dr. Andrew Urbaczewski, chair and associate professor of business information and analytics at the University of Denver’s Daniels College of Business.

“We see this with healthcare quite a bit, trying to mimic what a doctor might do, trying to take various sources, journals and medical information to assist a physician in making a diagnosis,” Urbaczewski said. “Anything we can have to integrate more sources of data is going to allow a decision maker to make a more informed decision. Where it starts to get goofy is when we start to turn it all over to the computers.”

Specifically for a trader, a core challenge is knowing when a buy or sell order will be one of many in the market seeking the same ‘other side’, and when an order will go against the grain. With portfolio managers outnumbering traders by perhaps fivefold or tenfold at a typical large buy-side shops, it stands to reason that traders can use assistance in knowing their PMs, and in turn, their orders.

“Alpha profiling essentially is trying to understand when portfolio managers create orders, are their orders likely to be coherent with the views of the rest of the portfolio-manager community, and compete with their peers trying to execute that trade?,” Waelbroeck told Markets Media. “Or are they are more likely acting as a contrarian, in which case they should be able to trade at better than a rival’s price, potentially, and act as a liquidity provider?”

Alpha profiling is “not so much a pre-trade method, it’s more an at-trade method where you’re monitoring the execution strategy and potentially changing your mind as you go along, as any trader would,” Waelbroeck continued. “The difference is that once it is defined in a formal context it becomes a quantitatively optimizable system, one that really belongs to the asset management firm, as opposed to being encapsulated in the head of the trader.”

Buy-side traders are more likely to draw fire by moving slowly on a trade order and having the price move in the wrong direction, rather than quickly filling an order which then goes bad. Thus traders tend to err on the side of front-loading trade executions, a systematic and unwarranted risk aversion that can be addressed by alpha profiling.

“If you can quantitatively identify situations where it makes sense to trade more slowly and the portfolio manager can be brought on board with adopting this strategy, then over time you can save giant amounts of money,” Waelbroeck said. “The savings are going to come on average, over a great number of cases.”