The bigger the FX derivatives volumes, the bigger brokerage costs for banks

By Daniel Carpenter, Head of Regulation at Meritsoft (a Cognizant company) 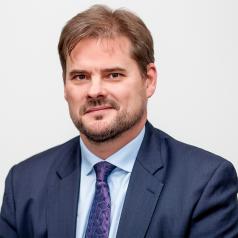 Investment banks face a cost conundrum when trading FX derivatives, driven by a recent surge in FX swaps and forwards turnover. According to the Bank of International Settlements’ triennial survey, FX swaps totalled $3.2 trillion per day in April 2019, marking an increase of close to a third compared to 2016. The same study notes that outright forwards volumes were also up by a significant 43% compared to 2016, at $999 billion per day.

As FX derivatives volumes rise, investment banks inevitably pay more in brokerage fees. Some have been paying in the region of £150 million per year just to facilitate OTC transactions. Already facing scrutiny and pressure to reduce costs wherever possible, this is a financial headache any trading desk head could do without.

Dealing with multiple brokers, all with different rate card structures, is challenging, particularly when a bank is trying get a true handle on how much brokerage they will be charged at the time of trading. On a typical GBP/USD swaps or forwards contract, there is much to consider: the currency pair itself, time-to-maturity of the asset, and whether the trade is being executed over the phone or electronically, among other factors.

While information needed to calculate brokerage fees is typically available electronically to the desk, data necessary to justify passing along costs may not accompany it. After all, fees vary significantly depending on how a trade is executed and settled. As a case in point, a bank may receive a bill from their broker, dating months back, reflecting a plethora of swaps or forwards trades. How can the bank reconcile which trade belongs to which client? It can be extremely complicated for the bank to accrue the appropriate charges against the appropriate book.

Even so, if FX swaps and forwards volumes continue to climb, matching trades to clients may be the least of the bank’s problems. The challenge is that as things stand, the majority of front office trading systems do not carry all the data. This means the brokerage process is carried out reactively at the end of the month, as opposed to a daily. This may be fine if every bill comes in on a monthly basis, but a FX brokerage bill could be on a three-month cycle. Consequently, a lot of key information stands to be systematically misplaced. Many banks, for example, have acquired business within same group now but with different rate cards by country – making it immensely difficult track real client volumes, flows and commissions.

Against this backdrop, heads of desks are increasingly seeking new ways to capture and normalise their information in a centralised system. With no central repository, some would say there is no real way of calculating the best broker rate. And, from a valuation and risk perspective, it is a more seamless process to work out fees for actual trades completed if all of the relevant data is in one place. With a central repository, a bank can more readily understand instances of under- and over-paying because comparisons can be done directly. Additionally, they will have visibility into whether they are at risk of executing at a sub-optimal rate for an FX swap or forwards contract.

Ultimately, if banks are going to thrive in these times of high volumes, identifying pivotal issues surrounding brokerage spend – such as improving data reconciliation – is one major way to plug the gaps in their cost base and meet the ongoing efficiency demands of the business.