For the first time in public, Brooklyn-born artist Jean-Michel Basquiat’s notebooks are on display at the Brooklyn Museum until August 23. Basquiat: The Unknown Notebooks features 160 pages from 8 of his notebooks, produced between 1980 and 1987, alongside thirty related paintings, drawings, and mixed media works. 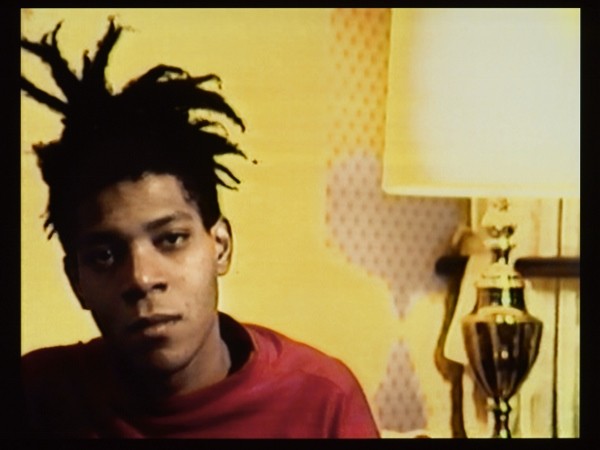 Tamra Davis (American, b. 1962). Still from A Conversation with Basquiat, 2006. 23 min., 22 sec. ©Tamra Davis. Courtesy of the artist. By permission of the Estate of Jean-Michel Basquiat, all rights reserved. Photo: Jonathan Dorado, Brooklyn Museum

The prolific artist, born in 1960, produced more than two thousand paintings and drawings during his lifetime. A frequent visitor to the city’s museums, including the Brooklyn Museum, Basquiat was a self-taught artist who first gained public attention for his spray-painted statements around the Lower East Side under the name SAMO. He saw a meteoric rise to international fame soon after, and became a well-known figure in both the art world and popular culture. 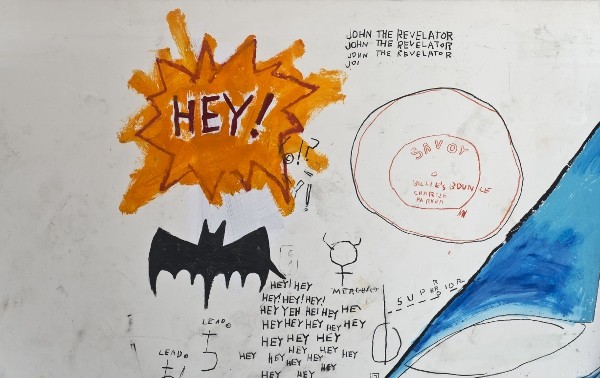 Basquiat’s notebooks show us how he developed artistic strategies and a visual language that chipped away at social hierarchies and rules, and how he found inspiration in almost everything, from ancient cultures to advertisements and children’s drawings. His books are filled with handwritten texts ranging from long narrative poems and wordplay to Basquiat’s keen observations of street life as well as notes from his personal life. One can even glimpse his street art through these texts, which were written in block capital lettering similar to that of his graffiti. His earlier sketches, too, preview motifs that would recur in his later artworks.