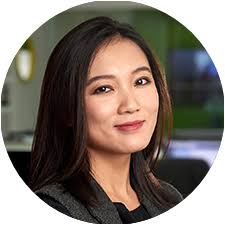 A little more than a decade ago, the global financial system began to crumble, caused by its own creations. In the years since then, we seemed to have achieved prevention in policy, answers through retrospection, and a recovery that while taking its time, have taken markets to historic highs.

So where are we now?

This February was anything but business as usual for Wall Street. On Feb. 5, the Dow saw its biggest one-day drop in history, and the S&P had its worst day since 2011. Stocks in Europe and Asia took a nosedive as well. Most every index was down — as was, to the extent it should mean something, every one of the top 30 digital currencies.

And then there were the pair of market ‘indicators’. The VIX, which tracks the market’s expectation of near-term market volatility — it rises when investors are nervous and remains low when they aren’t, — and the XIV, it’s inverse designed to make money when investors expect stability in the markets.

Vox’s Emily Stewart unpacked what happened to the indicators that day in February:

On Monday, February 5, the value of the VIX more than doubled in a single day — for
the first time ever. Because it measures volatility, the VIX was essentially signaling a
haywire day in the markets. While the VIX’s sudden spike was out of the ordinary, it
wasn’t catastrophic for the markets at large. Those investors betting against it, however,
were blindsided. A few billion dollars vanished as products that trade at the inverse of
the VIX, which essentially wagered on the market’s stability, cratered.

The markets were eerily calm for so long — until they weren’t, and these products were created with the potential to drop in value to absolute zero in less than a day (whether this is a feature or a fault in their design remains an open question). It’s fair to say, however, that a significant portion of investors who put money into the XIV and similar products didn’t understand the instrument they were holding.

There is a parallel to Bear Stearns collapse, which happened ten years ago this week.

The press release referred to the bailout of Bear Stearns as a “merger agreement”, a much more preferred phrase than “fire sale.” The beleaguered institution had lost almost all of its equity value after making unwise bets on subprime mortgages. This, coupled with the actual bankruptcy of Lehman Brothers shortly thereafter, was the dawn of the Great Recession.

Many will be looking back at that point in history this week, searching for a connection. We’ve experienced similarly misunderstood (or willingly overlooked) products full of powerful consequences. Perhaps we should reduce the risk that exists in the markets so that these things don’t happen again. Perhaps that sharp market correction is a signal that something much deeper is brewing.

And yet it feels different.

First, no one should want to truly eliminate risk. Markets rely on risk — it’s what drives the buying and selling of the assets that represent the world’s aggregate productivity, as well as the things that banks create out of thin air, which are of more dubious value. A market devoid of risk offers no opportunities to make money. It’d be like the same small group of people Venmo-ing each other the same $500 back and forth in perpetuity.

Risk means not knowing what will happen in a given scenario, but knowing what could happen, and (ideally) being able to approximate the odds. Uncertainty, by contrast, is what one gets when one doesn’t know what the possible outcomes even are. Risk-takers act on information, whereas those who pander in uncertainty take guesses — usually dumb ones.

The growing threat today isn’t more risk. It’s more uncertainty. Ten years after the crisis, that seems to be what we’ve bargained for.

Esoteric products that investors can’t understand are far less of a concern today than the massive, profound amount of uncertainty within the markets. Mitigating this threat will be the question of the next 10 years.