As regulation moves forward that will move OTC derivatives trading from private negotiations onto the realm of exchanges and central clearing, Traiana is building out the plumbing for processing FX and other derivatives transactions from execution through to clearing.

Traiana’s raison d’etre is to transform post-trade processing, which for many years had been mostly manual, into an automated straight-through process. Headquartered in New York, Traiana is a division of London-based interdealer broker ICAP, which bought the business in 2007. 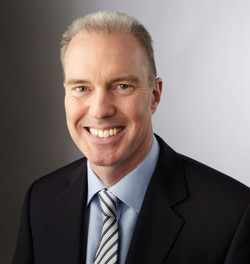 In January, ICAP said it sold a 12% stake in Traiana to seven large customers—Bank of America Merrill Lynch, Barclays, Citigroup, Deutsche Bank, JPMorgan, Nomura, and the Royal Bank of Scotland. “Traiana’s technology assisted the FX industry in lowering the cost of processing transactions, which helped to make the $4 trillion of daily volumes,” said Troy Rohrbaugh, global head of FX & rates trading at JPMorgan, in a statement.

“As the regulatory drive to impose clearing on the OTC derivative market continues, the combination of Traiana and ICE Link will bring great benefits to the FX industry, and will help streamline the roll out of central clearing globally,” Coyne told Markets Media.

ICE Link clients, which include more than 550 buy-side institutions, along with dealers and prime brokers, can use ICE Link connectivity to affirm, allocate, confirm and clear OTC FX trades using Traiana’s network.

Traiana enhanced its Harmony CreditLink initiative with the addition of real-time limit monitoring and kill-switch capability for exchange-traded derivatives. The increase in high-frequency and algorithmic trading in the exchange-traded market has made the provision of adequate controls and real-time risk capability critically important.

“Following the successful introduction of a kill switch in the FX market, it was a natural next step to extend it to the exchange-traded derivatives market, specifically for direct market access and sponsored-access trading,” Coyne said.

Traiana has said its kill switch has been activated multiple times in response to technical failures, distressed firms and limit breaches, resulting in reduced risk of losses by customers, counterparties and their clearing firms.

“Traiana is a post-trade, pre-settlement technology provider for creating mutually beneficial networks for the buy and sell side.” Andrew Coyne, Traiana chief executive

Futures Commission Merchants can enforce trading limits globally and monitor for compliance with limits in real-time. CME and NYSE Liffe are the first exchanges connected, with further exchanges currently in the on-boarding process.

“It allows FCMs and prime brokers to shut down a trading session should an unauthorized order type or other issue arise,” Coyne said.