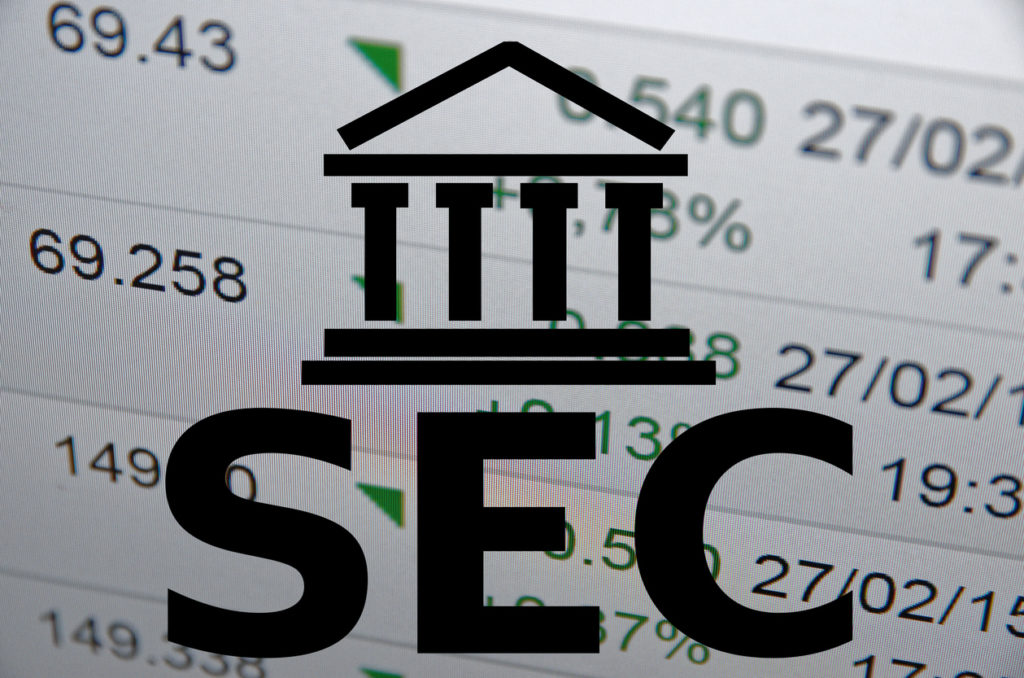 President-elect Joe Biden said, “Our administration will hit the ground running to deliver immediate, urgent relief to Americans; confront the overlapping crises of COVID-19, the historic economic downturn, systemic racism and inequality, and the climate crisis; and get this government working for the people it serves. These tireless public servants will be a key part of our agenda to build back better — and I am confident they will help make meaningful change and move our country forward.”

Vice President-elect Kamala Harris said, “To meet the unprecedented challenges facing the American people, we will need deeply experienced and knowledgeable leaders across our administration. These remarkable public servants reflect the very best of our nation, and they will help us contain this pandemic, create an economy that works for working people, and rebuild our country in a way that lifts up all Americans. President-elect Biden and I look forward to working with them to deliver results for the American people.”

The following White House announcements were made today:

Gary Gensler, Chair of the Securities and Exchange Commission

Gary Gensler served as chairman of the U.S. Commodity Futures Trading Commission from 2009 to 2014, leading the Obama-Biden Administration’s reform of the $400 trillion swaps market. He was senior advisor to U.S. Senator Paul Sarbanes in writing the Sarbanes-Oxley Act and was Under Secretary of the Treasury for Domestic Finance from 1999 to 2001 and Assistant Secretary of the Treasury for Financial Markets from 1997 to 1999. Gensler was Chairman of the Maryland Financial Consumer Protection Commission from 2017 to 2019.

Gensler also worked as CFO for Hillary Clinton’s 2016 presidential campaign, as a senior advisor to Hillary Clinton’s 2008 campaign, and subsequently as an economic advisor for the Obama 2008 campaign. Prior to his public service, Gensler worked at Goldman Sachs, becoming a partner in the Mergers & Acquisition department, headed the firm’s Media Group, led fixed income & currency trading in Asia, and lastly co-headed Finance, being responsible for the firm’s worldwide Controllers and Treasury efforts.

Currently, Gensler is a Professor of the Practice of Global Economics and Management, MIT Sloan School of Management, Co-Director of MIT’s Fintech@CSAIL & Senior Advisor to the MIT Digital Currency Initiative, researching artificial intelligence, blockchain technology, and new financial technologies. He won the MIT Sloan Outstanding Teacher Award based upon student nominations for the 2018-19 academic year. Gensler earned his undergraduate degree in economics in 1978 and his MBA from The Wharton School, University of Pennsylvania in 1979. He has three daughters, and is from Baltimore, Maryland.

Rohit Chopra is a Commissioner on the Federal Trade Commission. He has actively advocated to promote fair, competitive markets that protect families and honest businesses from abuses. Commissioner Chopra was unanimously confirmed by the Senate in 2018, and he has pushed for aggressive remedies against lawbreaking companies, especially repeat offenders. Together with state and international law enforcement partners, he has worked to increase scrutiny of dominant technology firms that pose risks to privacy, national security, and fair competition.

Chopra previously served as Assistant Director of the Consumer Financial Protection Bureau, where he led the agency’s efforts on student loans. In 2011, the Secretary of the Treasury appointed him to serve as the CFPB’s Student Loan Ombudsman, a new position established in the financial reform law. He also served as a Special Advisor at the U.S. Department of Education.

In these roles, Chopra led efforts to spur competition in the student loan financing market, develop new tools for students and student loan borrowers to make smarter decisions, and secure hundreds of millions of dollars in refunds for borrowers victimized by unlawful conduct by loan servicers, debt collectors, and for-profit college chains. He holds a bachelor’s degree from Harvard University and an MBA from the Wharton School at the University of Pennsylvania.

Elizabeth Klein is an experienced leader in clean energy, climate change, and environmental law and policy. Most recently, she was Deputy Director of the State Energy & Environmental Impact Center at NYU School of Law, which supports state attorneys general in defending our nation’s bedrock environmental values.

Klein served at the Department of the Interior during both the Clinton and Obama-Biden administrations, advancing high-priority initiatives such as Interior’s renewable energy program and climate change adaptation efforts. She was previously an attorney at Latham & Watkins specializing in energy and environmental law issues and served as Director of Communications and Government Relations for the National Park Foundation prior to becoming an attorney.

Klein graduated with a degree in economics from the George Washington University and received her JD from American University’s Washington College of Law. Daughter of a former Navy Commander, Klein has roots in Delaware and Massachusetts, among other places, and now calls Virginia home where she lives with her husband and two daughters.

Dr. Jewel H. Bronaugh was appointed the 16th Commissioner of the Virginia Department of Agriculture and Consumer Services in 2018 by Governor Ralph Northam. She previously served as the Virginia State Executive Director for the USDA Farm Service Agency (FSA), appointed by Governor Terry McAuliffe and then-U.S. Secretary of Agriculture Tom Vilsack in July 2015. Prior to being appointed to FSA, she served as Dean of the College of Agriculture at Virginia State University (VSU) with oversight of Extension, Research and Academic Programs. Previously she was the Associate Administrator for Extension Programs and a 4-H Extension Specialist. Dr. Bronaugh would be the first woman of color to serve as Deputy Secretary of Agriculture.

In spring 2019, Dr. Bronaugh launched the Virginia Farmer Stress Task Force, organized in partnership with agricultural and health agencies and organizations, to raise awareness and coordinate resources to address farmer stress and mental health challenges in Virginia. In the fall of 2020, she helped establish the Virginia Food Access Investment Fund, a new program to address food access issues within historically marginalized communities.

Dr. Bronaugh received her Ph.D. in Career and Technical Education from Virginia Tech. She is passionate about the advancement of youth leadership in agriculture. Dr. Bronaugh is from Petersburg, Virginia. She and her husband Cleavon, a retired United States Army veteran, have four children.

Andrea Palm is Secretary-designee of the Wisconsin Department of Health Services (DHS), overseeing one of the largest state agencies as a member of Governor Tony Evers’ cabinet. In this role, she has responsibility for the state’s Medicaid program, its Supplemental Nutrition Assistance Program (SNAP), and behavioral health programs, among others. Palm has been leading the state’s response to the COVID-19 pandemic.

Previously, Palm held a number of policy and operational roles in the Obama-Biden Administration at the U.S. Department of Health and Human Services (HHS), including Acting Assistant Secretary for Legislation and Chief of Staff and Senior Counselor to the Secretary. During her eight-year tenure, she worked on a variety of Administration priorities, including the Affordable Care Act, as well as providing leadership for the Department’s work to combat the opioid epidemic.

Polly Trottenberg is a nationally recognized transportation leader with federal, state, and city experience. Trottenberg previously served in the Obama-Biden administration as the Assistant Secretary for Transportation Policy and Under Secretary for Policy at USDOT. For the last seven years, she has served as New York City’s Transportation Commissioner, running a complex 5,800-person agency that operates New York City’s transportation network of roadways, bridges, traffic and parking systems, the Staten Island Ferry, and extensive bicycle, pedestrian and public plaza infrastructure.

Trottenberg helped implement the nation’s first Vision Zero program, taking a multi-disciplinary approach to eliminating traffic fatalities and injuries. She has also focused on improving transportation equity and access, including implementation of the groundbreaking 14th St. Busway. She led NYCDOT’s COVID-19 response and recovery, transforming city streets to promote sustainable transportation and economic recovery, including one of the largest outdoor restaurant programs in the country.

Cindy Marten has served as Superintendent of the San Diego Unified School District since 2013 after being unanimously selected by the Board of Education. She directed implementation of the district’s Vision 2020 initiative, committing to a meaningful graduation for all students with the district achieving the highest graduation rate among big-city districts in California and the fastest reading growth of large urban districts nationwide in 2019.

A classroom teacher for 17 years prior to being appointed superintendent, Marten worked for ten years at Central Elementary in City Heights, one of San Diego’s most ethnically diverse and economically challenged school communities, where she established a highly successful bi-literacy program, a hands-on school garden program, integrated arts education, quality after-school and preschool programs, a daycare center for employees’ children, and a community health and wellness center for students and their families.

Superintendent, principal, vice principal and literacy specialist are all job titles Marten has held in her 32-year career as an educator. She was chosen as one of the 2018 Business Women of the Year by the San Diego Business Journal, and was awarded the 2015 National Conflict Resolution Center Local Peacemaker Award. She earned a bachelor’s degree in elementary education from the University of Wisconsin at La Crosse, and a master’s degree in Teaching and Learning from the University of California, San Diego.