Sign up to receive exclusive articles on topics including: Select one or more newsletters you would like to receive:
Close popup
Regulation

The Big Bang Theory of Regulation

Out of the chaos of multiple and conflicting regimes will emerge order, regulators hope.

One school of thought, which can be likened to the Big Bang Theory, holds that as the white-hot gases of regulations begin to cool, they will align themselves and order will emerge out of chaos.

“By definition, it is the lack of global connectedness that leads to the discovery and growth of arbitrage opportunities,” said Brennan. “As the markets become more connected and aligned in terms of regulation, you will see a regression to the mean.” 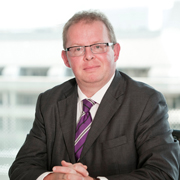 The mere fact that differences exist across geographies need not denote chaos.

“Differences between regulatory regimes will continue to exist,” said Tony Scianna, deputy head of strategy at trading and technology firm SunGard’s capital markets business. “However, regulators, with support from the industry, will aim to reduce regulatory arbitrage by working toward common goals of greater market oversight, stability and transparency.”

The International Organization of Securities Commissions (Iosco), in its recently released principles for financial market infrastructures (FMIs), noted the “links and interdependencies between FMIs through which financial and operational risk can spread”.

“Despite the likelihood of opportunities for regulatory arbitrage in the near future, the planned regulations are here to stay for the long run,” said Richard Baker, chief executive of Cleartrade Exchange, which trades freight and commodity contracts. “It is evident that the G20 leaders are working towards the same goal of financial stability, accountability and transparency in the financial systems.”

While over the long term, regulatory convergence is laudable and achievable, over the short term differences will invariably open the door to arbitrage.

“As business becomes even more global, there will be more of a chance of increased regulatory arbitrage that could be viewed as a competitive advantage for some firms,” said Schneider.

While the U.S. and Europe have a lot of similarities as far as the framework of their regulation–centralized clearing and public reporting–a truly common set of regulations is a long way off.

“There are multiple parties involved and many diffused interests such that while it’s a noble concept, common regulations will probably never come to fruition,” said Mike Wilkins, product specialist at SunGard Global Trading.

As U.S. regulators seek to establish consistency with international swaps regulations, large banks are urging them to limit the extraterritorial reach of rules created under the Dodd-Frank Act.

“With greater integration of markets is also coming greater integration and homogeneity of regulatory standards,” said Brian Sentance, chief executive of analytics and data provider Xenomorph. “So while new geographies are opening up, the regulators want to establish level playing fields for all involved.”

Congress generally limited the territorial scope of Title VII (the section of Dodd-Frank dealing with derivatives) to activities within the U.S..

A group of money center banks, all of them major swaps dealers, have outlined recommendations to the Securities and Exchange Commission (SEC) and Commodity Futures Trading Commission (CFTC) on international issues related to Title VII of Dodd-Frank.

The banks are recommending that the SEC and CFTC take into account the fact that non-U.S. firms have conducted swap activities with U.S. persons, and vice versa, for many years, including through non-U.S. branches and affiliates, that many non-U.S. jurisdictions already regulate swaps dealers, including non-U.S. branches and affiliates of U.S. and non-U.S. firms, and the G-20 jurisdictions are working to supplement their existing regulatory regimes to incorporate derivatives-related clearing and market transparency reforms to achieve regulatory objectives similar to those of Dodd-Frank.

A non-U.S. person should not be deemed a U.S. swap dealer solely as a result of executing swaps with U.S.-registered swaps dealers, the banks said.

“If you’re a U.S.-based fund manager who’s a client of a large global bank, then you become subject to that bank’s regulatory requirements in multiple locations,” said Tony Freeman, director of industry relations at post-trade services provider Omgeo. “If you trade U.S. dollar swaps through a bank’s New York and London offices, then different regulations will apply, even though it’s the same product.”

Under the Dodd-Frank Act, the SEC and the CFTC are required to jointly study and report on swap regulation and clearing house regulation in the U.S., Europe, and Asia, and to identify areas of regulation that need to be harmonized.

The situation is unlikely to be resolved until the European Market Infrastructure Regulation (Emir) has reached the same level of development as Dodd-Frank.

“During 2012 and 2013, there will be a window of regulatory arbitrage,” Freeman said. “Banks will need to be vigilant about who they trade with and where they trade, because it will have a direct impact on the bank’s counterparty reporting requirements.”

At a recent meeting of the European Parliament’s Economic and Monetary Affairs Committee, Markus Ferber, a legislator who is steering the revised Markets in Financial Instruments Directive (MiFID II) through parliament, noted that the situation in financial markets has changed due to technical progress, complex new trading strategies and the arrival of new market participants.

“There are gaps that have to be closed, because unregulated activities must not take place,” said Ferber.

Even within the G20 nations that have committed towards the same goals as those set out in the Iosco documents, interpretation of the implementation of the principles set forth in the regulation of financial markets has varied across different jurisdictions.

“Given the non-uniformity of regulations across countries, the enactment of such regulations will only serve to drive firms to countries with lesser governance,” Baker said. “Though the global regulatory environment has progressed since the proposition of the Dodd-Frank Act and MiFID II, few countries have kept pace with the U.S or European Union in this respect.”