Sign up to receive exclusive articles on topics including: Select one or more newsletters you would like to receive:
Close popup
Home
Magazine Article

Big Data: A Revolution That Will Transform How We Live, Work, and Think [Book Excerpt]

THE VALUE OF DATA

Data’s value is hard to measure. Consider the events of Friday, May 18, 2012. On that day, Facebook’s 28-year-old founder Mark Zuckerberg symbolically rang NASDAQ’s opening bell from the company’s headquarters in Menlo Park, California. The world’s biggest social network — which boasted around one out of every ten people on the planet as a member — began its new life as a public company. The stock immediately jumped 11 percent, as many new technology stocks do on their first day of trading. However, then something odd happened. Facebook shares began to fall. It didn’t help that there was a technical glitch with NASDAQ’s computers that temporarily halted trading. A bigger problem was afoot. Sensing trouble, the stock’s underwriters, led by Morgan Stanley, actually propped up the listing so that it would stay above its issue price.

The evening before, Facebook’s banks had priced the company at $38 per share, which translated into a $104 billion valuation. (That, by way of comparison, was roughly the market capitalizations of Boeing, General Motors, and Dell Computers combined.) What was Facebook actually worth? In its audited financial accounts for 2011, with which investors sized up the company, Facebook reported assets of $6.3 billion. That represented the value of its computer hardware, office equipment, and other physical stuff. As for the book value placed on the vast stores of information that Facebook held in its corporate vault? Basically zero. It wasn’t included, even though the company is almost nothing but data.

The situation gets odder. Doug Laney, vice president of research at Gartner, a market research firm, crunched the numbers during the period before the initial public offering (IPO) and reckoned that Facebook had collected 2.1 trillion pieces of “monetizable content” between 2009 and 2011, such as “likes,” posted material, and comments. Compared against its IPO valuation, this means that each item, considered as a discrete data point, had a value of about five cents. Another way of looking at it is that every Facebook user was worth around $100, since users are the source of the information that Facebook collects.

What’s certain is that economies are starting to form around data — and that many new players stand to benefit, while a number of old ones will probably find a surprising new lease on life. The crux of data’s worth is its seemingly unlimited potential for reuse.

How to explain the vast divergence between Facebook’s worth under accounting standards ($6.3 billion) and what the market initially valued it at ($104 billion)? There is no good way to do so. Rather, there is widespread agreement that the current method of determining corporate worth, by looking at a company’s “book value” (that is, mostly, the worth of its cash and physical assets), no longer adequately reflects the true value. In fact, the gap between book value and “market value” — what the company would fetch on the stock market or if it were bought outright — has been growing for decades. The U.S. Senate even held hearings in the year 2000 about modernizing the financial reporting rules, which emerged in the 1930s when information-based businesses scarcely existed. The issue affects more than just a company’s balance sheet: the inability to properly value corporate worth arguably produces business risk and market volatility. 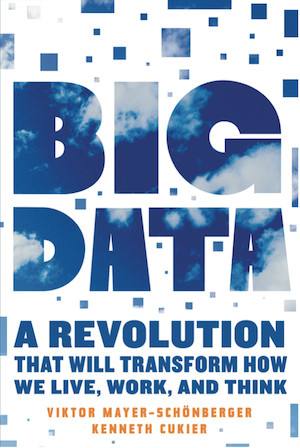 The difference between a company’s book value and its market value is accounted for as “intangible assets.” it has grown from around 40 percent of the value of publicly traded companies in the United States in the mid-1980s to three-fourths of their value at the dawn of the new millennium. This is a hefty divergence. These in- tangible assets are considered to include brand, talent, and strategy — anything that’s not physical and part of the formal financial-accounting system. But increasingly, intangible assets are coming to mean the data that companies hold and use, too.

Ultimately, what this shows is that there is currently no obvious way to value data. The day Facebook’s shares opened, the gap between its formal assets and its unrecorded intangible value was nearly $100 billion. This is ludicrous. Yet gaps like this must and will close as companies find ways to record the value of their data assets on their balance sheets.

Baby steps in this direction are under way. A senior executive at one of America’s largest wireless operators confided that the carrier recognized the immense value of its data and studied whether to treat it as a corporate asset in formal accounting terms. But as soon as the company’s lawyers heard about the initiative, they stopped it in its tracks. Putting the data on the books may make the firm legally liable for it, the legal eagles argued, which they thought was not such a good idea.

Meanwhile, investors will also start to take notice of the option value of data. Share prices may swell for companies that have data or can collect it easily, while others in less fortunate positions may see their market valuations shrink. The data does not have to formally show up on the balance sheets for this to happen. Markets and investors will price these intangible assets into their valuations — albeit with difficulty, as the seesawing of Facebook’s share price in its first few months attests. But as accounting quandaries and liability concerns are alleviated, it is almost certain that the value of data will show up on corporate balance sheets and emerge as a new asset class.

How will data be valued? Calculating its worth will no longer mean simply adding up what’s gained from its primary use. Yet if most of data’s value is latent and derived from unknown future secondary uses, it is not immediately clear how one might go about estimating it. This resembles the difficulties of pricing financial derivatives prior to the development of the Black-Scholes equation in the 1970s, or the difficulty in valuing patents, where auctions, exchanges, private sales, licensing, and lots of litigation are slowly creating a market for knowledge. If nothing else, putting a price tag on data’s option value certainly represents a rich opportunity for the financial sector. 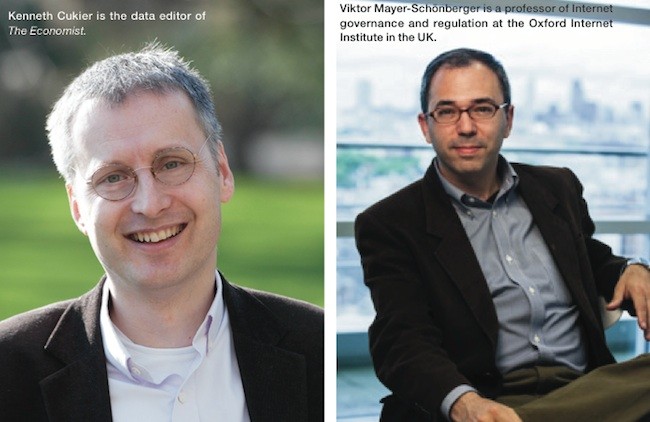 One way to start is to look at the different strategies data holders apply to extract value. The most obvious possibility is for the firm’s own use. It is unlikely, however, that a company is capable of uncovering all of the data’s latent value. More ambitiously, therefore, one could license the data to third parties. In the big-data age, many data holders may want to opt for an arrangement that pays them a percentage of the value extracted from the data rather than a fixed fee. It is similar to how publishers pay a percentage of book, music, or movie sales as royalties to authors and performers. It also resembles intellectual property deals in biotechnology, where licensors may demand royalties on any subsequent inventions that spring from their technology. This way all parties have an incentive to maximize the value gained from data’s reuse.

Although data has long been valuable, it was either seen as ancillary to the core operations of running a business, or limited to relatively narrow categories such as intellectual property or personal information. In contrast, in the age of big data, all data will be regarded as valuable, in and of itself.

So far there’s no telling how the valuation models will play out. But what’s certain is that economies are starting to form around data — and that many new players stand to benefit, while a number of old ones will probably find a surprising new lease on life. The crux of data’s worth is its seemingly unlimited potential for reuse.

Excerpted with permission of the authors.