Get ready for Bitcoin halving.

Bitcoin halving? Just what is it and what does “halving” mean?

These are questions investors are now asking with Google searches increasing, and even at times exceeding, COVID-19.

First, an education is in order here.

Bitcoin is an unregulated digital currency with no central authority in charge, such as a government or central bank. Rather, it relies on a consensus between everyone to keep it running and determine value.

Every 4 years, the Bitcoin network undergoes a momentous event known as the “halving.” When the pseudonymous creator of Bitcoin, Satoshi Nakomoto, constructed the Bitcoin network and protocol, it was pre-programmed it to include an ever-decreasing rate of new Bitcoins being supplied, with the total amount capped at 21 million bitcoins. This ensures the value, and interest, in the cryptocurrency. 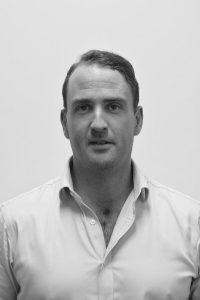 To hear Charles Hayter, Co-Founder & CEO of CryptoCompare explain it, Bitcoin relies on “miners” to maintain and secure the network, who process blocks and add them to the shared record of all transactions which form the blockchain. As a reward for this energy-intensive task, miners are compensated with bitcoins. So, every 4 years, this reward for adding a new block is cut in half. The last time this happened, in July 2016, the Bitcoin block reward was slashed from 25 to 12.5 bitcoins, and the same is due to happen this May, estimated to be on May 12, with miners set to receive only 6.25 bitcoins from then onwards.

“Bitcoin is set to reduce its block reward by half around May 12th and Google searches for “Bitcoin halving” are skyrocketing,” Hayter said. “The chart below shows searches for the term over the last 5 years against the Bitcoin price. We can see how recent searches substantially eclipse the search volumes for the last halving in July 2016, pointing to increased investor interest in the event.”

With bitcoin set to reduce its rate of supply at the time that central banks, namely the Federal Reserve, are injecting  liquidity into every nook an cranny in the U.S. economy -presumably filtering throughout the globe –  investors, traders and John Q Public are turning to crypto and Bitcoin  as a hard asset, provider of alpha and store of value.

But does interest equal price?

Hayter looked at this.

“Previous halvings have heralded significant surges in the Bitcoin price around the halving event and in the months and year following,” Hayter said. “Simple economics would dictate that if there is a decreasing rate of supply of an asset and demand remains the same or increases, then all things being equal, the price of the asset will go up.”

What’s more, he added that many Bitcoin proponents point to a model known as “Stock to Flow,” to argue in favor of dramatic price rises around halving events. With Bitcoin’s Stock to Flow ratio set to increase with a decrease in supply, they are expecting a surge in price following the halving.

As of May 4thth, Bitcoin is approximately valued at $9226.

Price increases are all Nigel Green sees in Bitcoin’s future. The CEO of the deVere Group told Traders Magazine that he expects the price of Bitcoin will hit ‘at least $10,000’ even before the four-yearly ‘halving’ event taking place in two weeks. , predicts the CEO of one of the world’s largest independent financial advisory organizations. 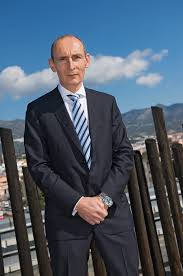 The prediction from the chief executive and founder of deVere Group, Nigel Green, comes as the price of the world’s largest cryptocurrency suddenly soared by more than $1,500 last Thursday, moving it to its highest value since February.  It peaked at $9,400.

“We see the cryptocurrency market already significantly picking up pace ahead of the historic event in May,” Green began. “Investors are now increasing their exposure to Bitcoin as the halving – only the third in its 11-year history – will push up prices sharply due to the dramatically lower supply combined with a steady demand and increasing awareness of digital currencies.”

Previous Bitcoin halving events have prompted impressive price climbs. The 2016 halving triggered a 300 per cent jump in the value of Bitcoin.  But the 2020 one could be even more remarkable, Green added.

“May’s event could herald Bitcoin’s coming of age. It will, of course, drive prices higher – but, in my opinion, the jump could be even more impactful due to these unprecedented times,’ Green continued. “Also, these unusual times have forced central banks to increase monetary supply. By printing never-seen-before amounts of money, traditional currencies are devalued and inflation fears rise. This will also drive investors towards decentralized, non-sovereign digital currencies. I believe we can expect it to hit at least $10,000 before the May event itself.”

Beyond that, the deVere chieftain forecast an explosion in the price of Bitcoin due to real-world issues it addresses and increasing adoption.

But this might not be the case, Hayter and logic counter. History was been quoted as being doomed to repeat itself – but then again it doesn’t have to. The fact that the crypto market in 2020 is quite different than the market in 2016 or 2012 might produce a very different result.

Furthermore, Hayter said it was crucial to acknowledge that in 2020 there is a much broader array of market participants, larger market players, more established exchanges and a far more developed derivatives market.

“All of this means that we may see less of a price increase in the year following the halving,” Hayter said. “One of the reasons for smaller prices gains or appreciation is that crypto miners have less influence. During previous halving cycles, miner selling was a bigger determinant of the sell pressure in bitcoin markets. In 2016, miners likely had a far bigger impact on the bitcoin price, as miners selling their bitcoins represented a larger and more impactful component of bitcoin sell pressure.”

What does the options market have to say?

According to Hayter, the more mature derivatives market of 2020 gives a better picture than in 2016 of what the market thinks. Specifically, the bitcoin options market gives some insight into what the market believes will happen.

“If we look at the skew at the moment of the implied volatility for bitcoin options we can see that the market is more concerned about the downside of bitcoin dropping in price, than the potential upside,” Hayter said.

In short, the options market does not expect the bitcoin price to rise much and is more concerned about the price dropping. This also currently holds for contracts expiring in June, September and even December, as we can see below for OKEx and Deribit for options expiring in September:

And what about the elephants in the room?

Hayter and Green both noted that the Covid-19 pandemic and Bitcoin’s ‘Black Thursday’ have skewed the markets.

It is hard to ignore the impact of Covid-19 and the massive effect it has had on financial markets, Hayter said. With crypto markets by and large tracking equities throughout the financial turmoil of recent months, Bitcoin saw one of its biggest single day drops on March 12-13th, plunging over 40% to trade below $4,000 on some venues, as stock markets took a beating.

“Comparisons with previous halving cycles therefore, cannot ignore the impact of enormous macro events like the coronavirus crisis, the fact that bitcoin now seems to track equities quite closely, and that such dramatic external shocks to the bitcoin price so close to the halving may negate much of the supposed impact of these events,” he said.