For institutional equity traders, pre-trade analytics can generate signals from data that can be likened to a “No Diving, Shallow Water” sign at a lake.

Like a murky body of water that looks deeper than it is, a stock-trading marketplace may show sizable buy and sell orders on the screen, but not all the displayed liquidity is true. Diving into shallow water would probably hurt, as would dropping a large order onto a trading venue without sufficient due diligence.

Conversely, pre-trade analytics may conclude that a given exchange or alternative trading system is an optimal venue to find a counterparty for a large trade. 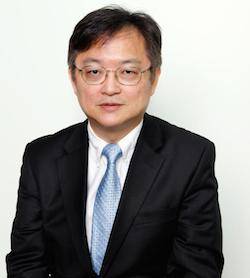 Leveraging historical data is vital, but in a dynamic market whose patterns don’t necessarily repeat themselves, so is being flexible enough to disregard past tapes. “If predictive, pre-trade analytics says you should be at dark pools A, C, and D based on historical results, but real-time trading experience shows that you get better fill ratios from dark pools B and E, then maybe you need to shift gears and reroute your orders on the fly,” said Tai, who worked for American Century Investments on the buy side for more than 15 years.

Block trading has never been the easiest business, simply because there are comparatively few jumbo-sized trades in the market pyramid, and traders of block positions have more trouble finding each other. That difficulty has only increased as market fragmentation and high-frequency trading strategies have reduced average trade size, which by some industry estimates is about 200 shares both in dark pools and on public exchanges.

“At the point of order inception, certain analytics platforms are good in certain markets,” Tai said. “For a particular stock, that platform may disseminate who has traded the most in terms of the broker’s designation, who has purchased the most shares and who has sold the most. It gives the trader some clues as to where liquidity could be found.”

“Pre-trade analytics can also delve into things like the trading pattern of a stock or group of stocks in the last day or two, that week, or the 30-day historical volatility versus same-day volatility,” Tai continued. “Pre-trade analytical tools are getting better at determining liquidity and volatility, and also at providing predictive performance estimates about market impact.”

As block trading is unique, so must be the pre-trade analytics that supports it. Some standard-issue products “give acceptable results as long as the trade in question is fairly common and can provide a robust data sample,” said Henry Yegerman, trading services product specialist at financial information-services provider Markit. “However, they tend to break down when used for blocks,  where it is difficult to obtain a sufficiently large sample dataset to get an accurate estimate. In these cases, one often gets something like a pre-trade forecast of 20 (basis points) with a standard deviation of the estimate of 250 bps. The wide standard deviation seriously detracts from the value of the estimate.”

“The most important factor is for traders to use a pre-trade model whose methodology lends itself to providing accurate forecasts of block trading costs and available liquidity,” Yegerman said.