Blockchain Pilots are Nigh

Just as Wall Street might be suffering from blockchain fatigue, the industry is on the verge of moving from theory to practice, according to panelists during the Blockchain for Wall Street conference hosted by the Wall Street Blockchain Alliance.

Last year was proving the technology while this year was delivering project prototypes, according to panelist Emmanuel Aidoo, director, blockchain & cryptocurrency strategy at Credit Suisse.

“Next year you will see a number of pilot projects,” he said. “We’re still in the prototype phase for many of our projects , but we have a pilot for one of our projects.” 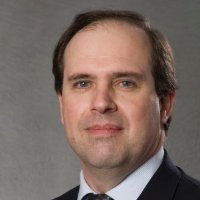 There is no dearth of problems that blockchain could solve within financial institutions noted fellow panelist Marc Alvarez, chief data officer at Mizuho Securities USA.

However, organizations need to be careful when adding blockchain to its technology stack and be completely aware of any changes that it will bring to the firm’s workflows.

“Those are never easy,” he said. “They’re cast in stone and meddle with them at your peril. You might find you have to look at your customers’ trades overnight to screen for something and that is the fastest way to meet your CEO.”

Alvarez also sees blockchain adoption as a stepping stone to more self-contained service offerings that could provide firms with access to capabilities like trade settlement, loan syndication, and equities underwriting.

Financial firms already consume numerous services, such as those provided by the Depository Trust & Clearing Corp., he said. “I think it is an ideal platform on which to run utilities.”

Consuming service-based offerings offer an alternative to working on blockchain integration by waiting or the service providers “to make things better, faster, and cheaper and work with them one step removed,” he suggested.