Is blockchain ready to handle trading and clearing of a live market?

Electronic trading venue tZero expects to answer the question within a couple of months with the planned launch of its blockchain-based trading platform for security tokens, according to company officials during Overstock.com’s recent second-quarter earnings call.

“We’ll be issuing our tokens later in the fourth quarter and have those tradable on an exchange for international or non-US traders in mid- to late fourth-quarter,” said Saum Noursalehi, CEO of tZero, during the call.

The venue’s initial focus will be on illiquid markets like the initial public offerings and private placement market, according to Noursalehi.

“We think there are considerable inroads to be made there in digitizing on the blockchain those offerings and simplifying the compliance and all the fees that go into the process,” added Seth Moore senior vice president strategy at Overstock.com. 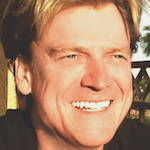 However,Overstock.com CEO Patrick Byrne has his sights forlarger game: “The day that we issue the first instance of US government debt on the blockchain is the day that I can retire a happy man,” he said.

In the meantime, the market’s blockchain appetite continues to grow unabated.

North of the border, approximately a third of the 33 new listings on the TMX Venture exchange since the beginning of the year has been blockchain- or crypto-related firms, noted Lou Eccleston, the CEO of the TMX Group, during his firm’s second-quarter earnings call.

The exchange itself is participating in multiple blockchain-related pilots, including projects like Jasper with Payments Canada and the Bank of Canada, but each is still in the learning phases, he added.

It is going to take the Canadian exchange operator awhile before it implements the technology within a new and consolidated clearing platform.

“Our analysis of the space at that time was that the blockchain-based solutions, it seemed for the technology, wasn’t developed to the extent that it’s ready for large volume, large value, high-transaction capacity type systems like what we’re operating,” said John McKenzie, CFO of the TMX Group. “It will be at some point, and our approach is to work with the vendors that we’ve chosen in terms of putting the new systems to work with them on blockchain pilots of the next-generation of their products.”

For Broadridge Financial Solutions, the fintech vendor already has baked blockchain in its proxy platform, according to Richard Daly, CEO of Broadridge, during its second-quarter call.

“We continued our ongoing efforts to enhance our existing product suite by incorporating new technologies like blockchain, cloud, and AI,” he said. “We now have an end-to-end solution built on distributed ledger technology for the US proxy market. And in 2018, we conducted the first annual meeting on blockchain for North American issuers.”